Clarification on cost allocation of the Potter’s Cay redevelopment project

By STAFF / in Information Services / on Thursday, 15 Sep 2016 04:17 PM / Comments Off on Clarification on cost allocation of the Potter’s Cay redevelopment project / 2490 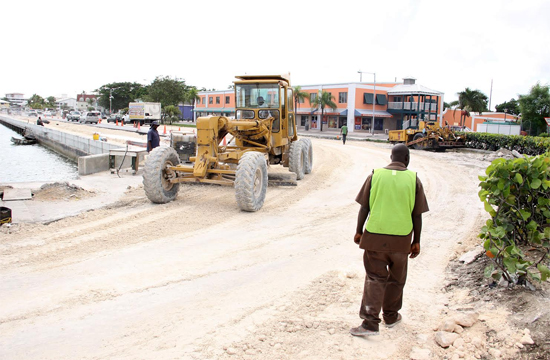 Nassau, Bahamas (Elcott Coleby, BIS) – There appears to be some misunderstanding in the public domain about the scope of work, the responsible ministries and the cost allocations in connection with the redevelopment of Potter’s Cay and in light of this the Bahamas Information Services release the following clarification.

The Ministry of Transport and Aviation is responsible and has oversight of the scope of works currently underway at Potter’s Cay. This scope includes the construction of the boardwalk, the sidewalks, the landscaping, the parking lot, the road works, the fencing and a new cargo holding building. This aspect of the project is estimated to cost about $3.1 million. This project is in the advance stage of development.

The Ministry of Agriculture has the responsibility for the fish and food vendors and the stalls connected with their commercial enterprise. This Ministry plans to demolish the existing stalls and replace them with new ones while increasing the number of stalls to around sixty-five with a number of them constructed over water given the restricted space between the bridge and the bulkhead at Potter’s Cay. This phase of the redevelopment project has not yet commenced as the drawings and design proposal are before the cabinet for approval. According to Agriculture and Marine Resources Minister the Hon. V. Alfred Gray, the estimated cost of this project is $9 million based on advice from the technical team at the Ministry of Works and Urban Development. If approved, the total cost of the redevelopment of Potter’s Cay can cost around $12 million.

It is important to note that these costs do not include the possibility of compensation to food vendors by the government for loss of business during construction.

Some members of the public were apparently of the impression that the entire redevelopment project was priced at $3.1 million and expressed concerns that the project mysteriously tripled in cost to $9 million without explanation as to changes in the scope of works.

The general public is so advised.

Prime Minister the Most Hon. Dr. Hubert Minnis urged the international community to adopt and to appreciate...

On Saturday, April 18th, 2020, the Ministry of Health released a communication with precautionary advice...

Prime Minister the Most Hon. Dr. Hubert Minnis is scheduled to give a national address on Easter Monday,...