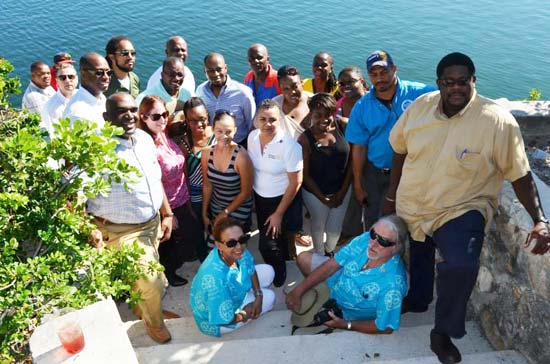 Rotarians and Rotaractors, representing Rotary Clubs of The Bahamas at the Ocean Hole in Rock Sound, Eleuthera

(Eleuthera, Bahamas) – During the weekend of October 31 – November 2, 2014 a delegation of Rotarians and Rotaractors, representing Rotary Clubs of The Bahamas (RCOB), traveled to the beautiful island of Eleuthera for a weekend of activities including a Rotary Presidents’ Meeting at the Eleuthera Arts and Cultural Center.

The meeting, hosted by President Julian Carey and the Rotary Club of Eleuthera, and facilitated by Island Journeys and One Eleuthera Foundation, was very significant in that it marked the first time that a Rotary meeting of this nature was held on the island.

Rotarians openly discussed the various projects and initiatives that Rotary and Rotaract Clubs of the Bahamas had completed to date and proposed new initiatives and areas of focus for the remainder of the Rotary year.   Presidents also suggested projects for their various communities and strategized as to how these projects could be funded. 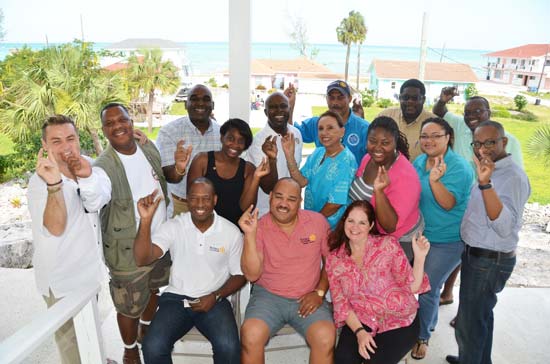 Rotarians and Rotaractors, representing Rotary Clubs of The Bahamas at the Eleuthera Arts and Cultural Center

While in Eleuthera Rotarians were also treated to a tour of the island to get a first hand glimpse of some of the various projects that were accomplished through joint partnerships with the One Eleuthera Foundation.  The tour included visits to South Eleuthera Emergency Partners (SEEP) facilities, the Ocean Hole Park, the School for Exceptional Learners, the Leon Levy Native Plant Preserve, the South Eleuthera Mission and the Cancer Society of Eleuthera and its Backyard Farming Project.

Following a full day of activities Rotarians were treated to an evening of fellowship featuring dancing under the stars, a pig roast and backyard BBQ at the home of President Julian Carey and his wife Samantha.  President Julian stated “It was such an honor for the Rotary Club of Eleuthera to host this historic Rotary Club of the Bahamas summit on Eleuthera – know as the isle of freedom. I am especially proud that our Rotaract Clubs were also here for this awesome experience, elevating our district theme “Inspire Youth and Build Rotary!” to new heights”

As the weekend of activities came to end all in attendance agreed that it was a fun filled and productive weekend and promised to return at the next available opportunity. 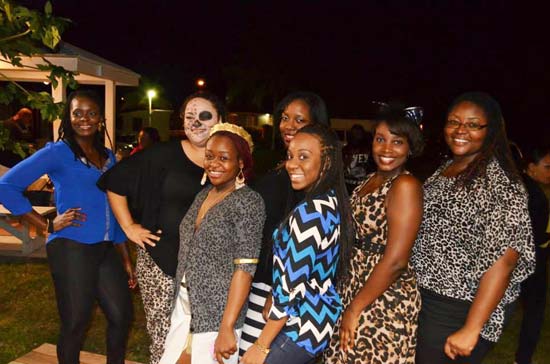 Partnering for a Better Tomorrow: Eleuthera Rotary – Find out More