By Staff1 / in IN FOCUS, In The News: / on Thursday, 30 Jun 2022 05:18 PM / Comments Off on URCA Team To Engage With Eleuthera Residents on Electricity and Telecommunications Services / 3403

The Utilities Regulation and Competition Authority (URCA) invites residents of Eleuthera to engage with their team, to discuss telecommunications and electricity services on the island.

The team from URCA will be in Eleuthera for three days, from Tuesday, July 5th, until Thursday, July 7th, 2022, with plans to host various meetings at venues in North, Central and South Eleuthera.

Events begin with a Breakfast Meeting on July 5th at 9am at the Eleuthera Chamber of Commerce I-Hub in Rock Sound.  Focus Group sessions at the same venue in Rock Sound will also take place from 12:30pm to 1pm and from 4:30pm to 5:30pm on July 5th.

Also planned for Tuesday evening, July 5th is a Fireside Chat being held at Daddy Joe’s restaurant, just north of Gregory Town, from 4:30pm until 6:00pm.

URCA’s team also has business Pop-Up Visits planned for each day while on island, which are set to begin with South Eleuthera businesses on July 5th at 2pm, then on July 6th in Harbour Island starting at 9:30am, and on July 7th the team will visit businesses in Central Eleuthera beginning at 9am.  Businesses who would like to be visited can send an email to info@urcabahamas.bs.

See posters below for further detail: 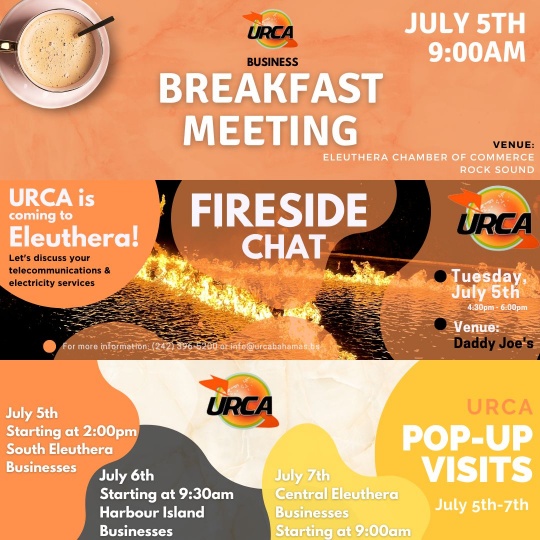 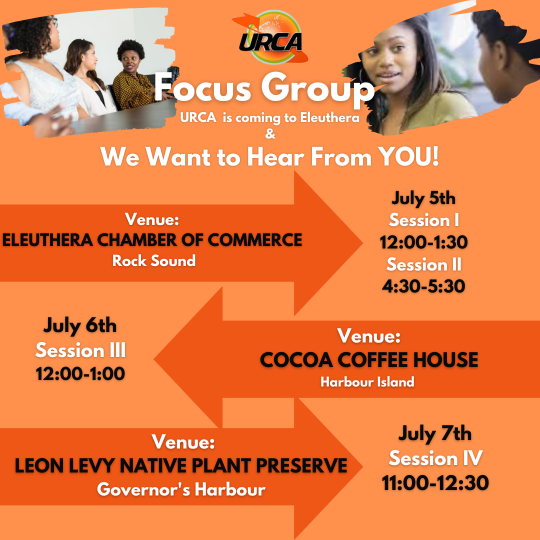 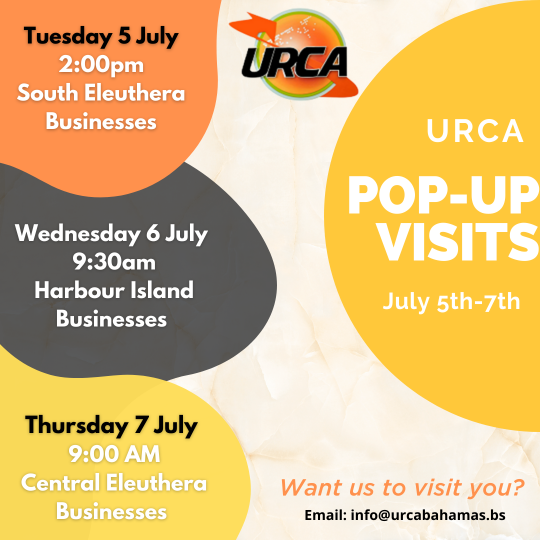