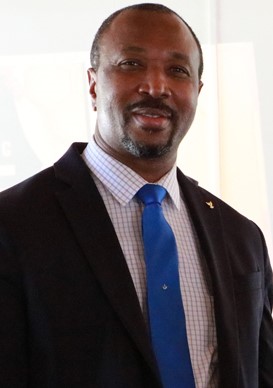 During the first week in June 2022, District Superintendent of Education for the Eleuthera District, Mr. Michael Culmer, in an interview, commented on the upcoming Ministry of Education’s programs during the summer, national exams, and administrative changes in the district.

The Ministry, said Mr. Culmer, will be hosting programs for students in need to catch up on key concepts during the summer break, “We are going to be doing our summer remediation programs this year, from July to early August, where we want to encourage students and parents to make the most of those opportunities. That’s one of the key things. We’ve missed so much time… so, we want to ensure that as many persons as possible capitalize on that… If parents are not going to have their children involved in the Ministry of Education’s remediation program we hope they ensure they are engaged during the summer… The program is for both primary and high school levels. The schools will identify those students who should be participating in the summer remediation programs. Typically, parents would get that information on report card day.”

He added, “We also want students to take advantages of the other opportunities available to them. There’s going to be lots of opportunities for training and a lot of programs operated throughout the island. The libraries are still open, so make sure your children are reading. I don’t think we can stress that enough – how important it is for children to read. Reading, reviewing, and doing some practice of the school content. Also we want to encourage students to be safe. I’m hoping and it’s my prayer that we get the word that all schools can return to full face-to-face instruction. So, for that to take place, we are going to need to make sure that everbody is safe and doing what they need to do.”

Commenting on the preparation and readiness for the 2022 National Examinations held during May through mid-June, Mr. Culmer shared, “Once the Ministry of Education got the information out there and parents and students knew that national examinations were on – for example with the GLAT (Grade Level Assessment Test) examinations – the one thing that I saw when I visited schools at the beginning of the return to face-to-face in January, consistently from Wemyss’ Bight and Deep Creek in the south to Harbour Island and Spanish Wells in the north – schools were already beginning their programs to get students prepared and caught up. There were lunch-time or after-school classes, and zoom study sessions. This was happening with the GLAT as well as the Bahamas Junior Certificate (BJC) and the Bahamas General Certificate of Secondary Education (BGCSE) preparations.”

He continued, “The students and the teachers and parents were collaborating to prepare for the exams. When the examinations came, we began to see an increase in Covid infections in some of our schools during the GLAT exam (during the week ending May 27th). So, even then we had the provisions made to ensure that we were working and prepared. One of the things we do as a Ministry, is if a student is quarantined, and not exhibiting any signs of Covid – we have an isolation room where that student can write their national exam. If they are exhibiting symptoms of Covid that was a different story, and we couldn’t do anything in that situation.”

Other initiatives were also being taken on in the district, shared Mr. Culmer, “As a district we want to find ways to further equip parents. There have been some matters that have come up, throughout the course of the term following our students returning to campuses, and we realize our parents also need some additional skills – and we need to afford them the support and training.

“There are also some things that we need to work on our students with. So we will be working with special services and the Ministry of Education, along with organizations here on the ground in Eleuthera – it’s about skills – and in partnering there are so many opportunities also in terms of scholarships and additional training that is out there.  We are also partnering with BTVI, and we are working collaboratively with Disney. We’ve always been working with One Eleuthera.

“We are also partnered with a number of churches and pastors. A main focus of these partnerships has been support – counseling, student support, programs for spiritual and human enrichment, and mentoring. Those are the kinds of things we’ve been doing with our partners across the island.” Mr. Culmer added that these partnerships were also important because of the need for male mentors for students beginning in the primary schools, where across the entire district there were less than five male teachers in the system.

As the 2021/2022 school year closes out, Mr. Culmer expressed his thanks to all the stakeholders in Eleuthera education, who made things happen this year. “I want to thank both our parents and our teachers for all of their efforts throughout this year. We’ve not been perfect, and they have been compelled to be resilient. So, I thank them for that resilience. We cannot take for granted what they and our students have done.

“I want to say to parents as well this summer holiday – you want to know where your children are, what they are doing, and you want to keep them productively engaged.  Let them participate in programs. Encourage them to read. Don’t allow them to destroy their devices, especially at the lower primary level, as we will still be working with them on return. I’m just so appreciative. Ending the year, I think it’s important to show appreciation and gratitude… I also look forward to partnering with parents in the upcoming year.”

He concluded by updating on some of the changes happening in administration in the district in reference to promotions, retirements and the like. “Some of the stalwarts in education, we are losing to retirement. Principal Natalie Sweeting, at Rock Sound Primary is retiring after 40 plus years in education. Several teachers are also retiring after more than 40 years. So, the face of education is changing. Then we have two Vice-Principals from the Eleuthera district who were promoted to Principals. They are Mrs. Lucy Longley (from Harbour Island All Age School), who will be going to Abaco to take up her new Principal posting, and Mrs. Geneal Davis-Sweeting (from Central Eleuthera High School), who will be headed to Exuma to begin her new Principal post. Additionally, Mrs. Sharon Scott, has been promoted to Principal at the Preston H. Albury High School. Former Principal there, Mr. Tracey McKenzie, has returned to New Providence.”

The following are pertinent events in education during the summer season:

– Public schools closed across the island for students on June 17th, 2022.

– Report Card Day, which was originally scheduled for Thursday, June 23rd, 2022 – has been postponed for 14 days.

– Public schools will re-open after the summer break on Monday, August 29th, 2022.