Officials at the National Emergency Management Agency (NEMA) are closely monitoring one of two disturbances in the Atlantic Ocean.

Potential Tropical Storm #6, Captain Russell said, was projected to move across the Lesser Antilles during the course of Monday night (August 9) and into the Caribbean Sea, before traversing Puerto Rico and the Dominican Republic.  NEMA officials project that it could be in Bahamian territorial waters by Wednesday morning. It is expected to clear The Bahamas by Friday evening.

“While the System has not developed into a Tropical Storm as yet, there is a 70 per cent chance of this system further developing and so we want to put the entire Bahamas on alert that a system is approaching and that we are monitoring that system,” Captain Russell said.

“We urge those persons who haven’t already done so, to complete their Hurricane Preparedness Plans as we are now approaching the peak of the Hurricane Season which means that residents, homeowners, and business owners, etcetera, should have all of their systems in place so that once the Alerts, Watches or Warnings are issued to quickly secure properties and save lives and livelihoods as best as possible.”

Local, regional, and global Disaster Managers and Planners note that while the Atlantic Hurricane Season officially begins annually on June 1, the season “historically ramps up” in August – a month that has facilitated more named storms than any other month.

“That is the reason why we see a series of Waves coming off the coast of Africa now. Some may or may not develop, but the active period is underway now,” Captain Russell added.

Captain Russell said the country’s Disaster Management Systems are on standby: “Watching, monitoring, and preparing to respond immediately if we get the Alerts, Watches and Warnings to respond.”

“Additionally, we want to ensure that persons have a Plan of Action (Disaster Preparedness Plan) to secure their properties, homes, businesses and families. If they are not comfortable in the area within which they reside (with regards to flooding, sea surge), that Plan should include a list of shelters that are available in their various communities.

“The ideal situation for all residents,” Captain Russell continued, “is to be prepared.” 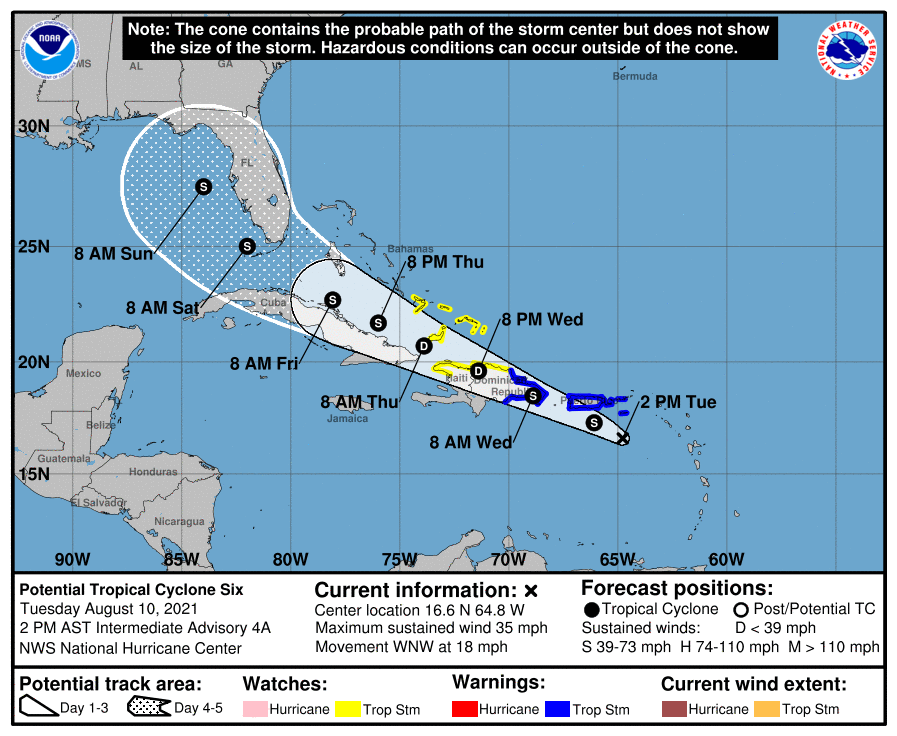