Bahamian Attorney Publishes Book on the Tragic Death of Her Sons – ‘Against the Odds: The Agatha Bethel Story’ 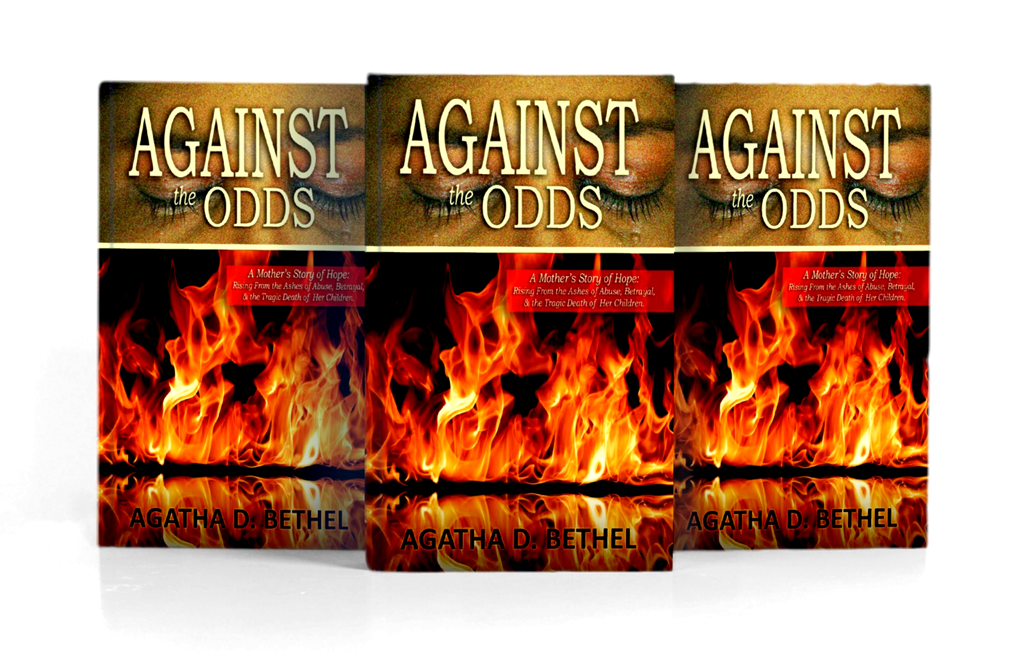 If you had placed a wager that newly published author Agatha D. Bethel would have collapsed like a rusted ironing board under the pressures of life, you would have lost the bet. In her recently released book, Against the Odds – A Mother’s Story of Hope: Rising From the Ashes of Abuse, Betrayal & the Tragic Death of Her Children, Mrs. Bethel shares her story of loss, love, and restoration.

The last of her mother’s 17 children, Mrs. Bethel, grew up in an over-the-hill community in New Providence in a four-room clapboard structure to a financially poor family who was otherwise rich with love. Mrs. Bethel became a teen mother who escaped domestic violence only to receive tragic news, not once but twice, concerning her two sons. But that didn’t stop her from overcoming hurdles to become a practicing attorney-at-law.

Though extremely painful to relive the events while writing her book, Mrs. Bethel believes it is important to share her story to help others who may have found themselves on a similar path in life. Why now? “Firstly, I had to do it for my sons,” she said, “They didn’t deserve to die as they did.” Mrs. Bethel noted that her children had a good life despite their tumultuous start. She worked hard to provide for them, giving them every opportunity to dream big and pursue their dreams. These opportunities Mrs. Bethel reflected were terrific, but they did nothing to heal the emotional trauma experienced coming from a home rampant with domestic abuse.

“Secondly,” she added, “there are so many people suffering quietly through the same trauma I experienced. Like me, they may not know that they can receive help for themselves and their children.” Mrs. Bethel was grateful to have been rescued by the Bahamas Crisis Centre when she was at one of the lowest points in her early life. Her third reason—“The entire process of expressing myself through this book was cathartic. It allowed me to release emotions I thought were long gone.”

What was the one thing that stood out in this book that got Mrs. Bethel through some of the darkest times in her life? Forgiveness. It is a common thread she speaks of. Mrs. Bethel was confronted with many extreme challenges that made her feel like the villain rather than the victim. To this end, she chose to forgive. She forgave the perpetrators and herself for the part she played knowingly or unknowingly that may have contributed to any of the tragedies in her life. “My peace came when I ran to God rather than running from Him,” Mrs. Bethel asserted.

Pastor Martin Kemp of Gateway Kingdom Ministries in Eleuthera thought that the topic was in dire need of attention. “Mrs. Bethel,” he said, “should be commended for her boldness and willingness to be responsibly transparent in relaying her story, which I believe will aid in breaking chains from many lives to bring healing to our families.”

Lay minister Mrs. Brenda Bethel (no relations), Director of Women in Bloom at the Salem Union Baptist Church, called Against the Odds, “a book about hope and resilience and a ‘Purpose Driven Woman’ with fire in her belly!” Mrs. Bethel said that “women of all ages can learn, apply and grow” from Agatha Bethel’s life experiences.

After having read her story, Bahamas Faith Ministries Fellowships’ Pastor Kersch Darville said, “I particularly love the fact that despite being a teen mother, Agatha could still pursue her education. I believe Against the Odds will especially heal women who have silently suffered for too long.”

Published by Inspire Publishing (Bahamas) Against the Odds—can be purchased in paperback or Kindle (ebook) on Amazon.com, as well as local book stores in New Providence and Eleuthera, or by contacting the author.