The Ministry of Health confirms today that there are one hundred fifty-one (151) additional confirmed cases of COVID-19. This brings the total number of confirmed cases to three thousand six hundred eighteen (3,618).

Investigations are ongoing, and health officials continue to follow the condition of the other current
COVID-19 positive cases.

These unfortunate deaths decrease the number of deaths under investigation to nineteen (19), and the confirmed death toll is tallied at eighty (80). 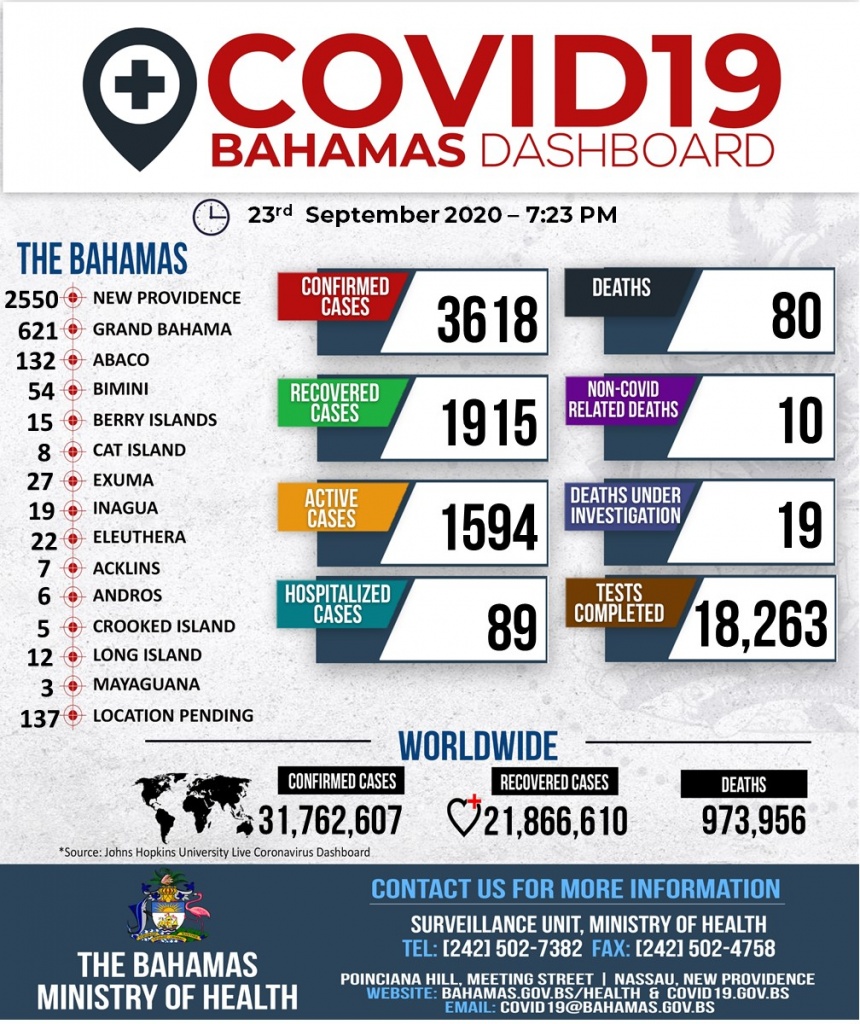