Resident Flown Out After Being Struck By Lightning In Harbour Island 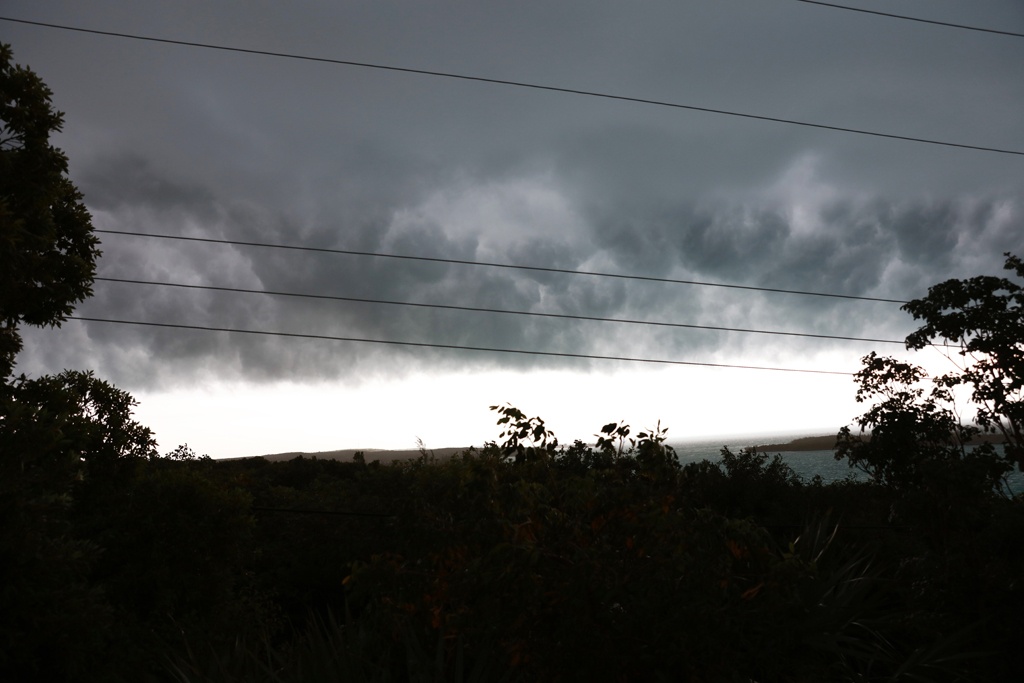 A male resident of Harbour Island was airlifted into New Providence on Monday, September 21st, 2020, in critical condition, after being struck by lightning, according to local authorities.

This incident, according to reports, took place at about 7:15am on Monday morning, while the man was in waters near The Landing beach, off Bay Street, Harbour Island.  The wife of the victim, while sitting on a golf cart parked on the street adjacent to the beach, was said to have witnessed her husband being struck by lightning while attempting to secure his boat.

Police report that they assisted the victim of the lightning strike, after arriving on scene, to the Harbour Island Community Clinic, during which time, he was unresponsive.   Investigations are ongoing.

The best defense is to avoid lightning. Here are some outdoor safety tips that can help you avoid being struck:

– Be aware – Check the weather forecast before participating in outdoor activities. If the forecast calls for thunderstorms, postpone your trip or activity, or make sure adequate safe shelter is readily available.
– Go indoors – Remember the phrase, “When thunder roars, go indoors.” Find a safe, enclosed shelter when you hear thunder. Safe shelters include homes, offices, shopping centers, and hard-top vehicles with the windows rolled up.
– Seek shelter immediately even if caught out in the open – If you are caught in an open area, act quickly to find adequate shelter. The most important action is to remove yourself from danger. Crouching or getting low to the ground can reduce your chances of being struck, but does not remove you from danger.

If you are caught outside with no safe shelter nearby, the following actions may reduce your risk:

– Immediately get off elevated areas such as hills, mountain ridges, or peaks.
– Never lie flat on the ground. Crouch down in a ball-like position with your head tucked and hands over your ears so that you are down low with minimal contact with the ground.
– Never shelter under an isolated tree.
– Never use a cliff or rocky overhang for shelter.
– Immediately get out of and away from ponds, lakes, and other bodies of water.
– Stay away from objects that conduct electricity (barbed wire fences, power lines, windmills, etc.).
– Separate – If you are in a group during a thunderstorm, separate from each other. This will reduce the number of injuries if lightning strikes the ground.

– Don’t stay in open vehicles, structures, and spaces
– During a thunderstorm, avoid open vehicles such as convertibles, motorcycles, and golf carts. Be sure to avoid open structures such as porches, gazebos, baseball dugouts, and sports arenas. And stay away from open spaces such as golf courses, parks, playgrounds, ponds, lakes, swimming pools, and beaches.
– Don’t stay near tall structures
– Do NOT lie on concrete floors during a thunderstorm. Also, avoid leaning on concrete walls. Lightning can travel through any metal wires or bars in concrete walls or flooring.

Even though your home is a safe shelter during a lightning storm, you may still be at risk. About one-third of lightning-strike injuries occur indoors. Here are some tips to keep safe and reduce your risk of being struck by lightning while indoors.

– Avoid water – Do NOT bathe, shower, wash dishes, or have any other contact with water during a thunderstorm because lightning can travel through a building’s plumbing.
– Avoid electronic equipment – Do NOT use your computers, laptops, game systems, washers, dryers, stoves, or anything connected to an electrical outlet. Lightning can travel through electrical systems, radio and television reception systems, and any metal wires or bars in concrete walls or flooring. Equip your home with whole-house surge protectors to protect your appliances.
– Avoid corded phones – Corded phones are NOT safe to use during a thunderstorm. Do NOT use them. However, it is safe to use cordless or cellular phones during a storm.
– Avoid windows, doors, porches, and concrete – Do NOT lie on concrete floors during a thunderstorm. Also, avoid leaning on concrete walls. Lightning can travel through any metal wires or bars in concrete walls or flooring.