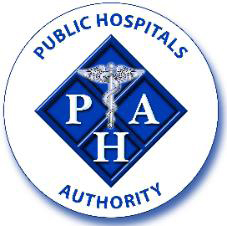 “The Morgue at the Princess Margaret Hospital (PMH) which serves the entire country is currently operating under overflow conditions due to the increase in deceased individuals as a result of COVID-19”, said the Public Hospitals Authority (PHA) in a release to the public on Thursday, September 17th, 2020.

These conditions the PHA, continued, were threatening the operations of the Morgue, saying, “While the Public Hospitals Authority attempts to mitigate its limited storage capacity with the use of a temporary repository, the increasing number of bodies threatens Morgue operations. Recently and regrettably, the overflow conditions compromised the integrity of a body in long term storage.

“The PHA is doing all within its capacity to facilitate the holding of unclaimed bodies, bodies that are pending release, and bodies that are under investigation by the Coroner. The Morgue at PMH has an excess of over 150 bodies in storage, well beyond its maximum capacity of sixty-six (66) bodies.

They also implored Funeral Homes to move quickly with bodies they were contracted to bury, adding, “Existing protocols and regulations are being strictly enforced to expedite the notification and retrieval of bodies from the Morgue in a timely manner. The PHA is also requesting funeral homes who are under contract by deceased families to accelerate the removal of bodies in preparation for burial. In the event where bodies are not removed in a timely manner, the PHA will seek the required legal authority to remove the remains.”

The Public Hospitals Authority also invited family members or their legal representatives to contact management at the Princess Margaret Hospital at telephone number 322-2861 to arrange for the collection of their deceased love ones, and expressed their appreciation of the public’s support and understanding in the critical and urgent request to ensure the ongoing delivery of medical care.