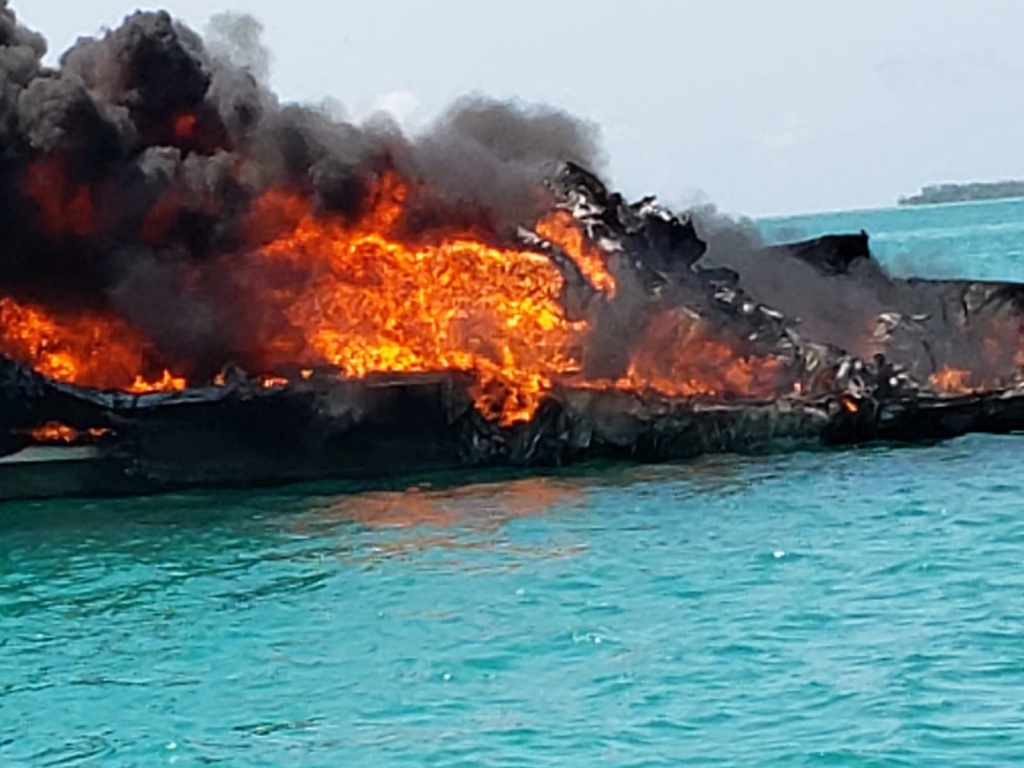 A five-member family, along with the captain of a yacht vessel, moored at the Valentines Residences, Resort and Marina in Harbour Island on Saturday, June 27th, 2020, escaped with their lives, after a fire broke out onboard, which resulted in the entire vessel being engulfed.

Police in Harbour Island reported that a call was received by their office sometime around 12:35pm on Saturday afternoon informing them of the boat fire, which they, along with fire volunteers responded to.  On their arrival, they met the yacht fully engulfed in flames, and although efforts were made to extinguish the fire, the boat was completely destroyed. 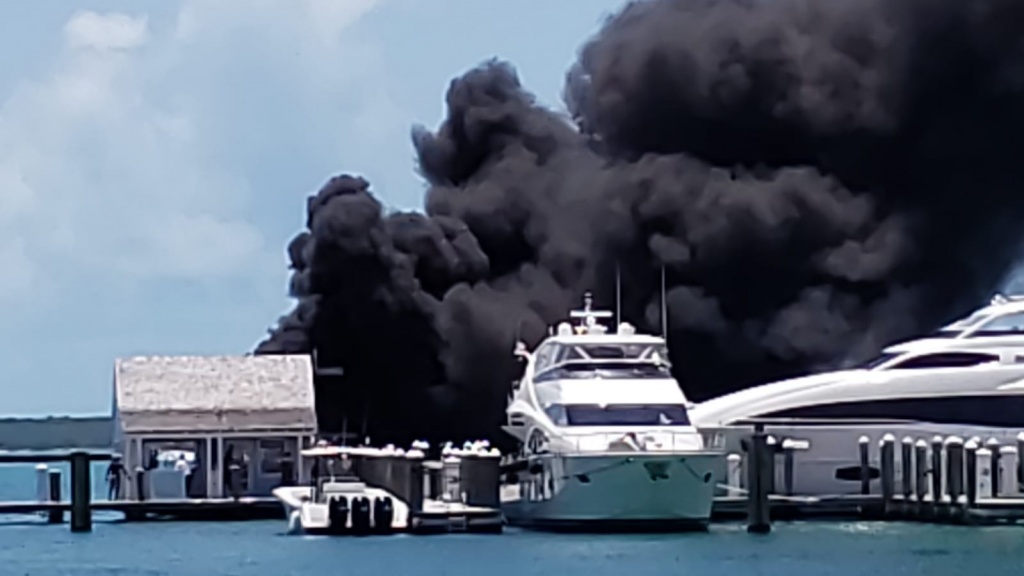 The fire which destroyed the yacht, described as a 66 foot Sunseeker fiberglass boat – valued at $2.3 million, was also said to have damaged or destroyed about 100 feet of the dock at the Valentines Residences, Resort and Marina. 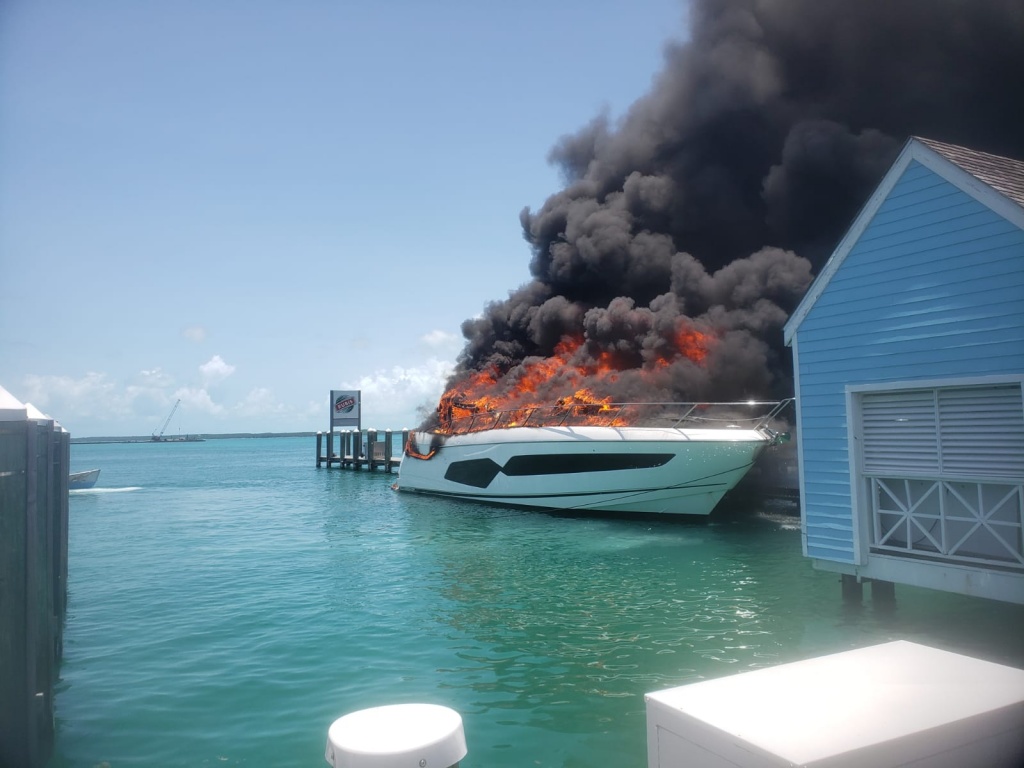 Owner of the yacht, Alejandro Capo, of Miami, U.S.A, had arrived at the marina in Harbour Island, shortly after Bahamian borders had reopened to boating visitors, on June 18th, 2020, with his wife, son, daughter, sister-in-law, and the captain of the vessel.

The entire family, along with the captain, who were reported to have all been on board at the time of the incident, were said to have made it safely off of the vessel.

Preliminary reports suggest the fire may have started in the front portion or port side of the boat.  Authorities are now actively investigating the incident. 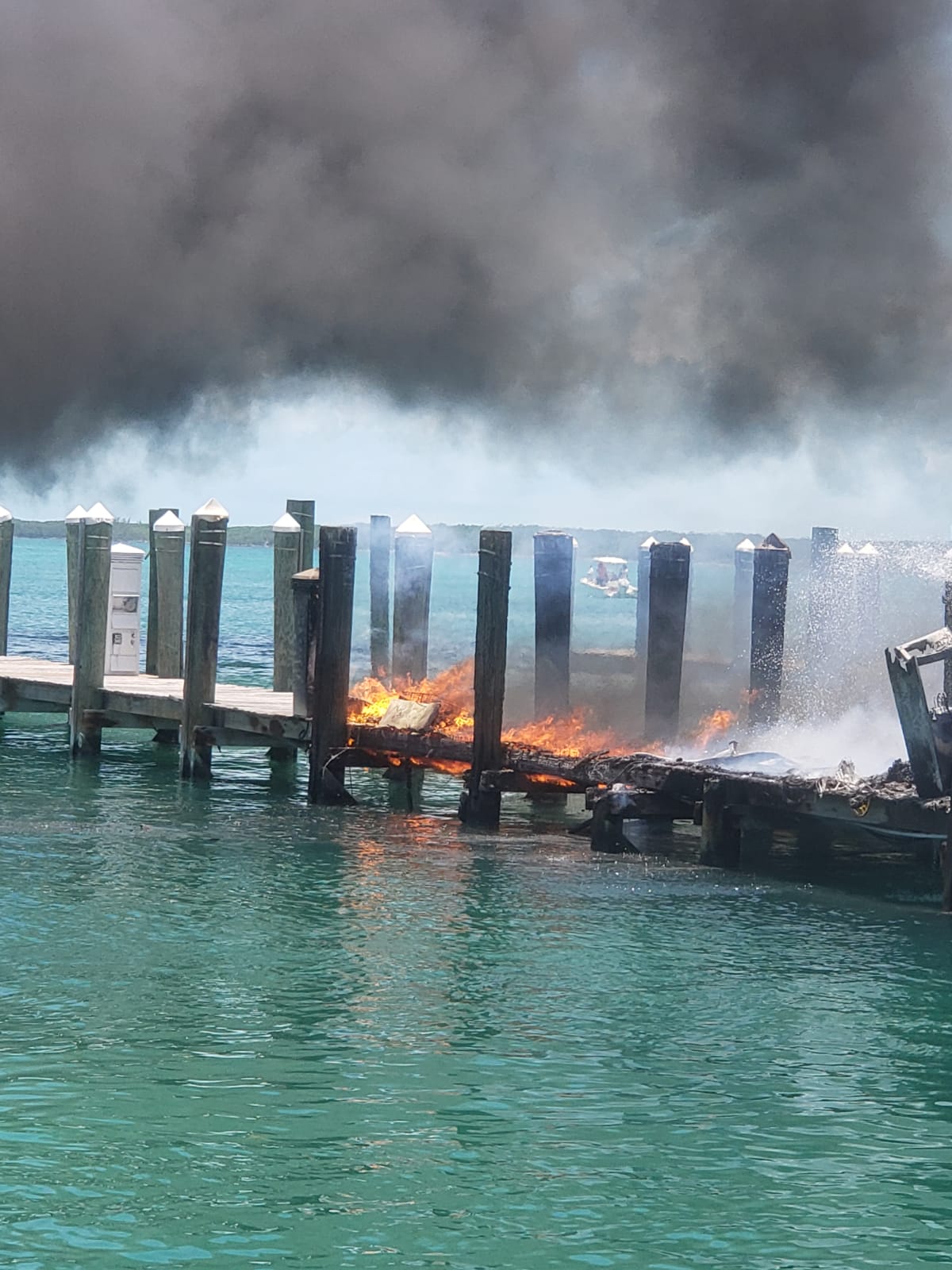