Prime Minister Minnis announces curfew release for Eleuthera and other Family Islands, opening of gyms and changes to wedding and funeral services

Resident Flown Out After Being Struck By Lightning In Harbour Island

By Staff1 / in IN FOCUS, In The News: / on Tuesday, 21 Jan 2020 02:00 PM / Comments Off on Bahamas National Commission on Marijuana Report Presented to Prime Minister: Release of Those Imprisoned Solely for Possession Supported / 3042 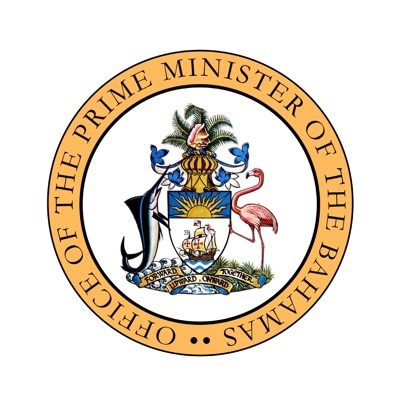 PM supports release of those imprisoned solely for possession of small amounts of marijuana; report to be made public for input; analysis and information to help guide policy decisions.

Prime Minister the Most Hon. Dr. Hubert Minnis said once reform laws are passed and through proper legal mechanisms and procedures, he supports the release from prison all of those who are solely incarcerated for possession of small amounts of marijuana.

The Prime Minister was speaking during the presentation of the national marijuana commission’s preliminary report at the Office of the Prime Minister on Tuesday 21 January. He was presented with the Report by members of the Bahamas National Commission on Marijuana (BNCM).

The Commission’s official findings will be made public and the report will be discussed in the public domain. The analysis and information contained within the report will help guide the policy decisions taken by the Government.

“We welcome the input of Bahamians as we make these long-needed changes to our marijuana laws,” said the Prime Minister.

The Prime Minister also re-iterated his support for decriminalizing the possession of small amounts of marijuana and making the substance legal for medicinal and scientific use.

“They deserve to move on with their lives free and clear of the stigma of a criminal conviction,” said the Prime Minister.

Reforming the country’s marijuana laws and changing how people with small possession convictions are treated are a matter of social justice and fairness, said Prime Minister Minnis.

The Prime Minister said it is the decent and moral thing to do.

“As a country, we should not consider Bahamian marijuana users as criminals,” said Prime Minister Minnis.

The Prime Minister said that the laws of The Bahamas regarding possession of small amounts of marijuana have unfortunately led to the arrest, prosecution, conviction and punishment of countless Bahamians who used the plant for religious purposes, personal or medical reasons.

“I grew up and come from Over-the-Hill.  I have seen firsthand how our laws especially harm young people from modest backgrounds. Many good Bahamians have been burdened with criminal records, making travel to certain countries impossible and finding work more difficult.”

SOURCE:
Office of the Prime Minister
Commonwealth of The Bahamas
21 January 2020

Prime Minister the Most Hon. Dr. Hubert Minnis in the House of Assembly, September 23, 2020 made a plea...

Prime Minister Minnis announces curfew release for Eleuthera and other Family Islands, opening of gyms and changes to wedding and funeral services

Prime Minister the Most Hon. Dr. Hubert Minnis in the House of Assembly, September 23, 2020 made a plea...