MOT All Set for the Thanksgiving Crafters and Cultural Festival – Saturday, Nov. 30th

As the Christmas season gets into full swing, the Ministry of Tourism (MOT) is all set to ring it in with its 1st Annual Thanksgiving Crafters and Cultural Festival on Saturday, November 30th, beginning at 12 noon, on the bay front in Governor’s Harbour, until 12 midnight.  “We are hoping this year that we will be the event that will launch the festive season,” said Jacqueline Gibson, Manager at the Governor’s Harbour Ministry of Tourism office, adding, “It will be a great opportunity for locals and visitors to come together for cultural exchange. The whole idea is to showcase what our local vendors, and local artisans are making, and we want people to start their Christmas shopping this year by shopping locally.”

The cultural exchange, said Ms. Gibson, is going to be epic.  Starting with games for the kids – and if the crabs are crawling, they plan to have a crab catching contest, as well as a watermelon eating contest.  To showcase some of the expertise on island in the making of preserves, the renowned Lady Di is expected to be coming from Gregory Town, to offer demonstrations.  “She is a great pineapple farmer, and she also has that cottage industry going, doing really good jams and jellies and pepper sauces.  She will be doing that demonstration on the spot.  Then of course, if you want to purchase anything, you can do that – or if you just want a little taste of jam, you can do that, with a piece of fresh bread.  To wash that down, we will have native teas.  We will also have Graceful Lilly Productions, who will be bringing an array of tasty Bahamian bush teas – and she will be there to explain what those teas are for.  Some will be warm, some will be cold – and she will highlight the medicinal properties – as we want to promote healthy drinking as well as eating.  Those coming out will be able to get their lunches and dinners, and perhaps even a midnight snack,” described Ms. Gibson.

Explaining why this year’s event would take on a different flair, MOT Manager Gibson shared, “As you are aware, we were supposed to have our Goombay event on August 30th, but that was postponed as a result of Hurricane Dorian passing.  So, as a result, some of the magnificent items of entertainment that we had planned for August will be infused into our Thanksgiving Crafters and Cultural Festival.  So, we will have live entertainment, with a fire dancer – Venus.  She is awesome, and very popular.  We will have a special native-themed fashion show by Empress Verda. We will also have Bahamian music star performers like Fanshawn, Corey Hield, and the Blue Waters Band.  People can also look forward to a Junkanoo Rushout, with the Governor’s Harbour Development Association.  So, we are looking forward to an event like no other!”

International concern and misinformation about which islands were affected by Hurricane Dorian were still a concern at MOT, highlighted Mrs. Gibson. “Here at the Ministry of Tourism, we still have people calling in asking if the beaches are okay and what’s happening with the island of Eleuthera.  This will all take place during the Thanksgiving weekend, and we look forward to showcasing that Eleuthera is open for business!” 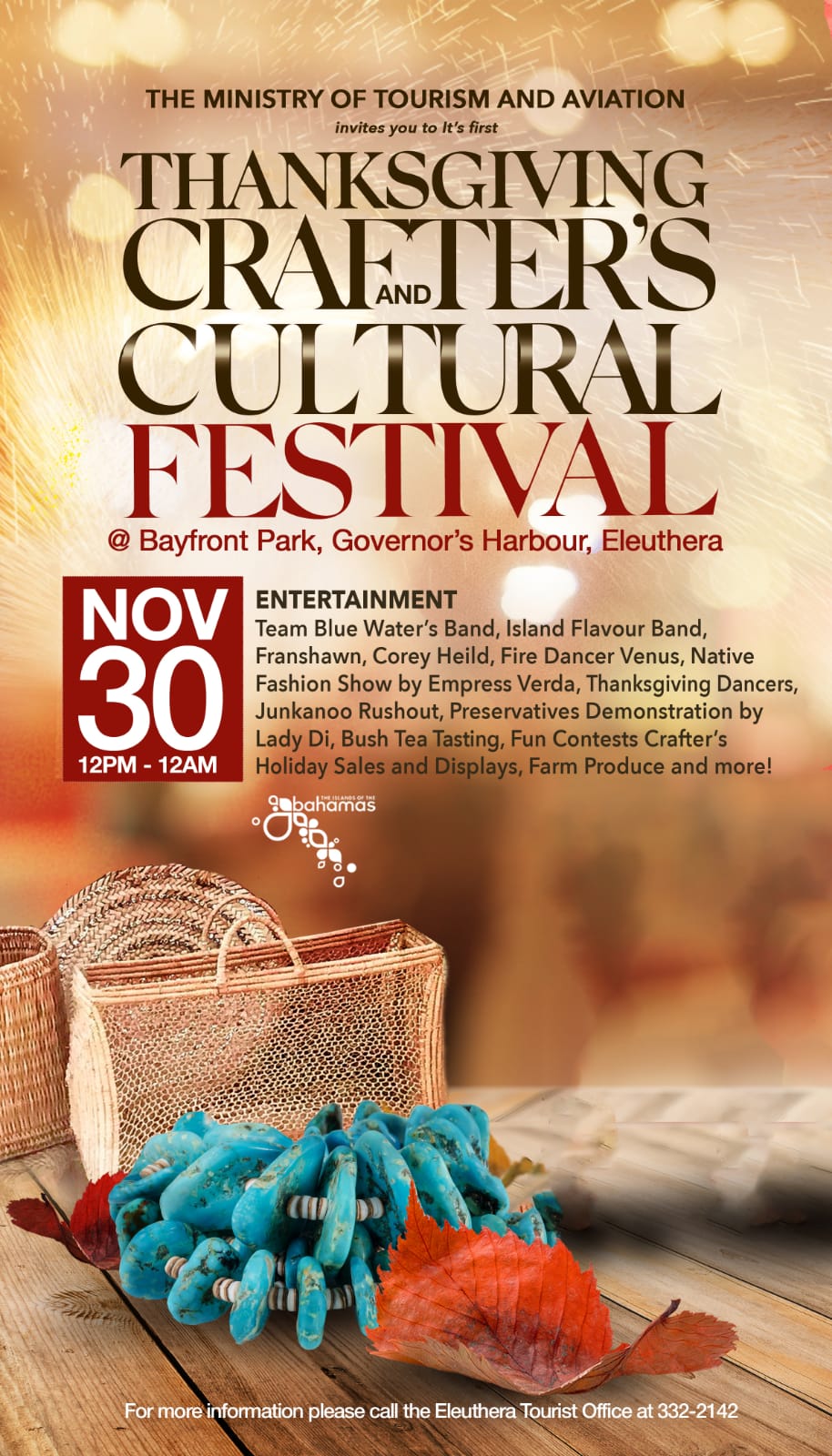 The prevalence of adult obesity in Latin America and the Caribbean has tripled since 1975, affecting...

The Ministry of Tourism hosted commencement ceremonies for two new crops of Bahamahost graduates during...