“Our country has lost a true statesman this morning with the untimely passing of Tennyson R. G. Wells. To say his passing was a shock is an understatement, having spoken to him just yesterday.

Mr. Wells was a noted attorney, businessman, founding member of the Free National Movement, Member of Parliament for Bamboo Town, a former Attorney General and Minister of Agriculture and Marine Resources. More importantly, he was a husband, father and grandfather who saw his role as a nation builder as his number one priority and he acted on that objective in every role he served in. 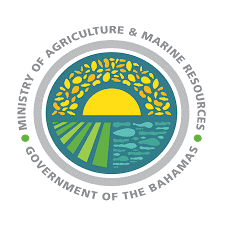 Mr. Wells was appointed Chairman and President of BAMSI in late 2017 and served in that role until his demise. As head of BAMSI, Mr. Wells charted a bold new course for the Institute to revamp its operational model, streamline spending and build its economic base for the future. His strategy included a substantial increase in production to both balance the level of spending and to allow for the human resource element to be better deployed.

As a son of Deadman’s Cay Long Island, Mr. Wells understood fully the value of having an institution like BAMSI in the heart of a family island community capable of making a national impact. The institution, under his tenure, was well on its way toward that goal with a number of capital projects under way. These included a new packing facility with modern equipment for preparing produce for market. His innovations at BAMSI also included a focus on crop diversity based on the needs of consumers as well as the introduction of aquaculture to BAMSI’s portfolio. As an agriculturalist with a strong business sense, Mr. Wells oversaw a transformation at BAMSI that will reap rewards well into the future.

Our country has lost another of its builders. Tennyson was fiercely independent and spoke his mind regardless of who he was speaking with which was refreshing, especially in a political environment noted for duplicity.

On behalf of the men and women of the Ministry of Agriculture & Marine Resources and the Bahamas Agricultural & Marine Sciences Institute, I offer our deepest sympathies to the Wells family and to the nation on this unexpected loss.

May his soul rest in peace.”

The Hon. Michael Pintard
Minister of Agriculture & Marine Resources
Commonwealth of The Bahamas

The prevalence of adult obesity in Latin America and the Caribbean has tripled since 1975, affecting...

The Ministry of Tourism hosted commencement ceremonies for two new crops of Bahamahost graduates during...