Mini Hospital plans for Palmetto Point no longer on the table according to MP who says Gov’t now looking at Worker’s House.

Consultant Architect for the Ministry of Health, Victor Cartwright, was on island with, Charlene Bain, the Administrator for Community Health Services on Tuesday, April 30th, and toured a number of the medical facilities on the island beginning in Governor’s Harbour. They were accompanied by Member of Parliament for Central and South Eleuthera, Hank Johnson, and a private investor team, also looking at the state of medical facilities on the island.

Cartwright confirmed that a budget was currently in place for repairs to the clinic in Governor’s Harbour, and that the contract would now go out to tender, with repair construction work scheduled to begin during May 2019. He said that the renovations, once begun, were expected to take a maximum of three months, after which, the clinic would be reopened to the public.

Mr. Cartwright shared that initially it was suspected that the clinic had a mold issue, however, after an inspector from the Ministry of Health visited the site, in April, it was determined that there was no mold.  However, the facility was in a state of disrepair. He said that despite a limited budget, they would try to get the building up to a standard of being accessible to those with disabilities and the elderly, “Which means I will try to get a handicapped accessible bathroom in here. Also, out front, there is no convenient way for the elderly to get in. So, we will propose to use a new entry at the rear – so, those in a wheelchair can get easy access to the building. We are also looking at doing a new parking area, as this is very dangerous out front here, even treacherous. So, we want to move the parking to the side, as they own the property there as well… All of the roof will be repaired, as well as the soffit and fascia will be redone. All the cracks will be repaired, and I’m also proposing to put in hurricane windows and doors.”

In the interim, clinic services have been rerouted to the Palmetto Point clinic, where an emergency access ramp had to be constructed, to allow wheelchair and easy access for elderly patients. This is a temporary stop-gap measure, said Mrs. Bain, until the repairs have been completed in Governor’s Harbour. Further upgrades are also expected to be done to the Palmetto Point clinic.

MP Johnson, commented during the medical facilities tour, that in addition to the repair work to be done in Governor’s Harbour and Palmetto Point, the government was actually now moving towards making mini-hospital services available to the growing economy in Eleuthera. “Hopefully by December this year, we will begin to see something new on our mini-Hospital, which will now be going into the Worker’s House complex,” he shared, adding, “It would cost about $30 million to build a mini-hospital here. We don’t have $30 million, but we do have a structure sitting there, owned by the Bahamas government.

“The engineers were here last week, looking at it, and have already begun drawings.  They already know what they are going to put in there and how it is going to be done.  So, the Ministry is moving forward on that, and fast too. We realize that the economy of Eleuthera is getting better. We realize that there are more investments taking place in this constituency, and now the government has to provide the services. We have to put the medical services in place. That’s important.” 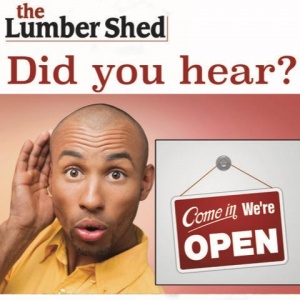