(Eleuthera, The Bahamas)  Two community meetings, the first in Governor’s Harbour, and the second in Rock Sound during the month of March, were hosted in Eleuthera by the National Health Insurance (NHI) Authority to discuss the revamped NHI program.  Community members who attended the meetings had the opportunity to hear about the proposed way forward for NHI in the Bahamas, and a chance to ask questions about the proposed program and give their feedback.

Since releasing a draft policy proposal for NHI during the final quarter of 2018, the NHI Authority says it has conducted nationwide consultations, resulting in the release of an amended NHI policy paper at the end of January 2019.  The original draft policy proposal outlined in the “National Health Insurance: Our Shared Responsibility” policy paper, was grounded on three fundamental elements: (1) Establishing a Standard Health Benefit: Developing a national minimum standard of health care coverage that all Bahamians would be entitled to with no co-payments or deductibles.  (2) Creating a Private Health Insurance Mandate for Employed Persons: Mandating those of working age to have private health insurance from their employer, sharing the cost of coverage between employers and employees in a fair and equitable manner. (3) Enabling Affordability and Access through a National Risk Pool: Establishing a system that allows for fundamental protections to all Bahamians, including guaranteed coverage regardless of pre-existing health status and a common premium rate for all.

The amended paper was said to have affirmed that Bahamians overwhelmingly support the implementation of Universal Health Coverage in the country and it addressed a number of concerns. For those  questioning how their current private insurance might be affected, the paper asserted that, “Existing private health insurance plans will be strengthened by the expansion of NHI Bahamas through the elimination of copays and deductibles for the Standard Health Benefit. The establishment of a standard premium rate will allow for significant protections for Bahamians, making it difficult for existing plans to be negatively impacted.”

Some of the other concerns addressed included, affordability or people’s capacity to pay, the benefits package, the implementation and logistics, as well as the proposal’s impact on the ease of doing business in the country. 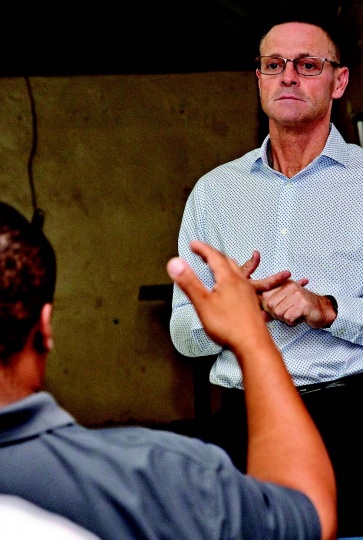 In addressing individual affordability, two outcomes were aimed for; 1) To lower the burden for those who are the most financially challenged; and 2) To fairly distribute the cost to those who  an afford it. So, the amended paper recommended that the eligible wage deduction be lowered from 2.0% of income to 1.5% of income. Further, it proposed to eliminate the 50% of the premium cap maxing out at the median wage. This would allow employers to deduct up to 100% of the premium for high wage earners at no more than 1.5% of income per month… Also, to improve individual  affordability, the paper stated that there will be no co-payments and no deductibles for Standard Health Benefits under NHI Bahamas. It also highlighted that, “Bahamians who do not work will not make contributions. This includes seniors and the young. These individuals will access services through NHI Bahamas free of charge.”

With respect to the benefits package, given the feedback received by stakeholders, NHIA proposed to add all paediatric cancers to the Standard Health Benefit, with paediatric congenital  conditions and a priority list of additional conditions to be investigated for further adoption in subsequent years of the programme. With NHI Bahamas, all children, it said, under the age of 12 would be fully covered for cancer care.

The proposed timeline for the implementation of NHI has been adjusted with a start date for both large and small employers of July 1, 2020. This pushes the start date for large employers back six months from the initial proposal, and brings the start date forward for small employers by that same amount. The rationale for this, said the paper, was to simplify the administration of the programme. “We believe this provides ample time for all businesses and the insurance industry to prepare for these changes. A single start date makes sense logistically from an administration perspective and makes it easier on the business community… Also, for small businesses, we will be increasing the small business turnover exemption to $250,000 annually, up from $100,000 annually that was originally proposed. This will allow more businesses, particularly small family businesses or start-ups, to be exempt from contributing the full premium rate. These businesses will contribute $250 per employee per annum.”

Another change highlighted was the proposal to introduce a tax on sugary drinks, the funds from which would be used to introduce a national wellness program to promote healthy living across the country. Facilitating the town meetings were, NHI Managing Director and CEO, Graham Whitmarsh, and NHI Board Member, Leyvon Miller. They presented on the proposed plan for NHI, and fielded questions, while other NHI team members accompanying the facilitators were available on-site at each meeting to register new members with NHI on the spot, and also provided more detailed information with flyers, and other reading materials.

Some of the questions voiced by community members attending the NHI meetings in Eleuthera focused on residents’ concern about the cost of NHI to individuals, whether or not the program would impact the kind of health services available currently on the island and how, what was covered under NHI, whether it would have an impact on current private health insurance plans and many others.