REPATRIATION EXERCISE RESUMES: 112 PEOPLE RETURNED TO PORT-AU-PRINCE from The Bahamas 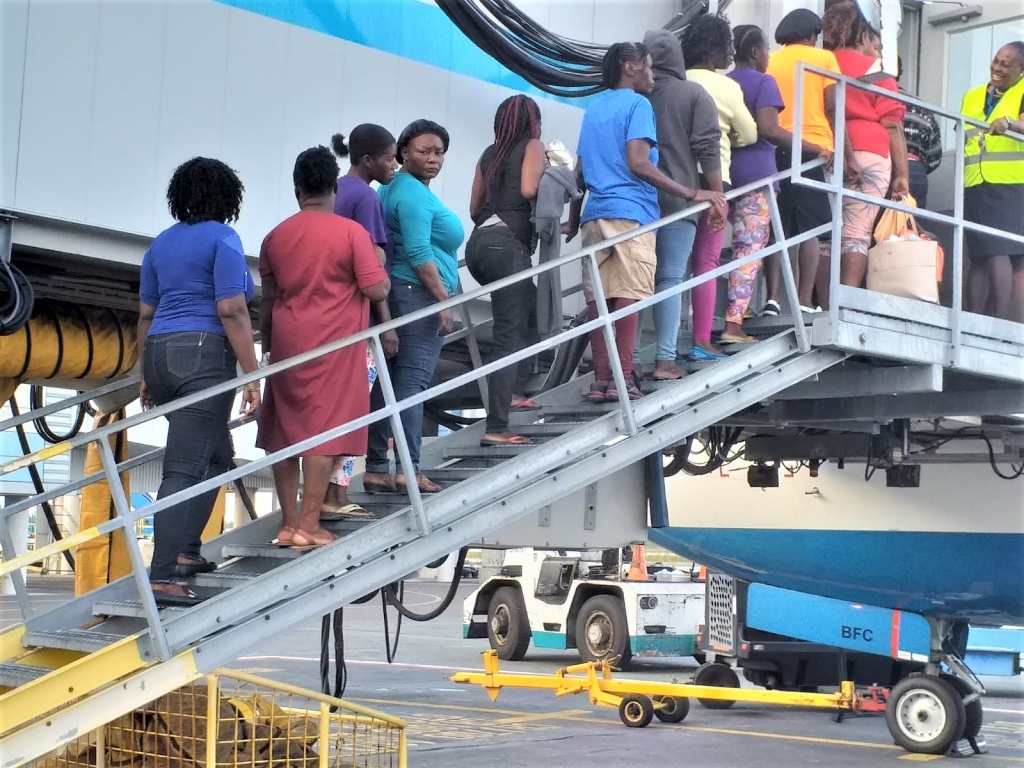 On February 22nd 2019, The Department of Immigration resumed all repatriation activities to Port-Au-Prince, Haiti with a total of (112) Haitian nationals escorted by a team of joint Law Enforcement Officers on board a Bahamasair chartered flight.

This repatriation convoy left the Carmichael Road Detention Center at 6:30AM en route to Lynden Pindling International Airport by Immigration Officials and Officers of The Royal Bahamas Police Force.

Overseeing the seamless process of this exercise was Officer-in-Charge of Operations, Assistant Director of Immigration Mr. Dwight Beneby.

This was the first scheduled repatriation flight into Haiti since the country has experienced recent unrest.

Source: The Department of Immigration