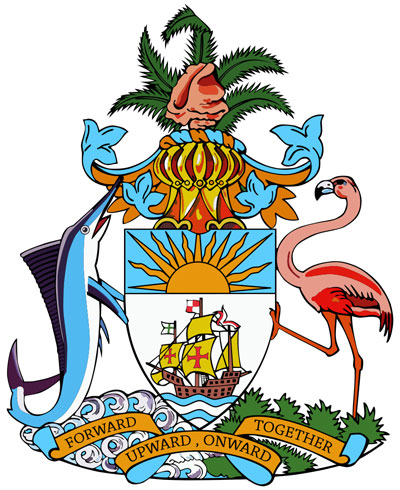 (Nassau, The Bahamas)  The Bahamas Office of the Prime Minister released a statement earlier this week in response to the Bahamas being included on a draft list of ‘High Risk Third Countries’ by the European Commission’s Justice and Consumers Unit, which deems the country as a threat to their financial system due to what it considers strategic deficiencies in the ability to prevent terrorism financing and money laundering.

The Office of the Prime Minister characterized the process of selection for inclusion on the draft list as ‘flawed’, citing a package of legislation passed in 2018 to fulfill international compliance demands.

If the Bahamas’ inclusion on this list is agreed to by EU members at a subsequent meeting, according to the Office of the Prime Minister, “… it would require financial institutions to engage in “enhanced customer due diligence” for financial transactions to and from The Bahamas.”

“Over the past year, Prime Minister the Most Hon. Dr. Hubert Minnis and his administration have been actively engaged in discussions with various international organizations concerning the country’s involvement in international financial markets.

These organizations include the European Union (EU), the Organization for Economic Co-operation and Development (OECD), and the Financial Action Task Force (FATF). The FATF was founded by the Group of Seven (G7) countries to develop policies aimed at combating money laundering and terrorism financing.

Government officials have been involved in a variety of meetings over the last several months to better understand the concerns of the EU, OECD and FATF and to present the position of The Bahamas as it relates to each organization’s requirements.

As a result of these meetings, and a close working relationship between The Bahamas and the EU, OECD and FATF, the Government passed a package of legislation in December 2018 to satisfy various requirements and commitments, including:

o    The Removal of Preferential Exemptions Act abolishes preferential tax regimes for certain categories of companies.
o    The Register of Beneficial Ownership Act establishes a secure and searchable database of the ownership details for all legal entities registered in The Bahamas.
o    The Commercial Entities (Substance Requirement) Act requires certain categories of companies to demonstrate a substantial economic presence in The Bahamas.

The work by the Minnis Administration over the last several months has produced very positive results, especially as it relates to the 40 listed requirements by the FATF.

The Bahamas was placed on the FATF watch list in October 2018 when it only satisfied 17 of the required 40 FATF criteria. By year-end, The Bahamas was essentially compliant with 30 of the 40 requirements, a record similar to the United States.

As a result of this significant progress, if the FATF list of high-risk countries were compiled today, The Bahamas would not be included under the current criteria.

A variety of working groups within the EU impact The Bahamas. The two most relevant at this time are the Taxation and Customs Union, and the Justice and Consumers Unit Financial Crime.

The Taxation and Customs Union works on a list of “non-cooperative tax jurisdictions for tax purposes.” The Justice and Consumers Unit Financial Crime works on the list of “high-risk third countries presenting strategic deficiencies in their national anti-money laundering/counter-terrorism financing AML/CTF) regimes.”

In early January 2019, Prime Minister Minnis and Attorney General Bethel met with the head of the Taxation and Customs Union.

The Taxation and Customs Union concentrates on issues related to “Base Erosion and Profit Shifting (BEPS),” which generally relates to the way in which a broad range of financial services are provided in and from The Bahamas as an international financial services centre.

Failure to meet requirements by the Taxation and Customs Union within the EU may lead this body to recommend to the EU of Finance Ministers that The Bahamas be placed on a “Blacklist” of countries that are “non-cooperative for tax purposes.”

A “Blacklist” is expected to be produced over the next few months, however The Bahamas believes it has met requirements expressed by the Taxation and Customs Union and has provided requested clarification over the last several weeks as a result of a healthy dialogue and exchange.

The Government has been very cooperative, and Prime Minister Minnis is fully committed to meeting international obligations while maintaining the integrity of the domestic financial services sector.

On Wednesday, February 13, 2019, the Justice and Consumers Unit published a draft AML list of countries it deems a threat to their financial system due to what it considers strategic deficiencies in the ability to prevent terrorism financing and money laundering.

This is not a “blacklist,” but if agreed to by EU members at a subsequent meeting, it would require financial institutions to engage in “enhanced customer due diligence” for financial transactions to and from The Bahamas.

This draft AML list represents an advisory, issued by the EU, which is similar to the advisories issued by the US and UK in October 2018, when The Bahamas was placed on the FATF Action Plan.

The draft AML list is unrelated to the BEPS issues discussed by Prime Minister Minnis and Attorney General Bethel in Brussels on January 15, 2019. It is also unrelated to recent amendments to the Commercial Entities (Substance Requirement) Act.

The Bahamas became aware of the possibility of being included on the Justice and Consumers Unit draft AML list in a January 21, 2019 memo from the EU’s diplomatic representative to the Caribbean, based in Jamaica.

The Minnis Administration regrets this decision and wishes to point out several deficiencies in the approach to listing The Bahamas:

o    The Justice and Consumers Unit failed to consider the progress made by The Bahamas since May of 2017, based on the FATF criteria. As stated by the Unit, work prepared by the FATF is used to consider additions to this list, and old criteria for The Bahamas was considered.

o    The Bahamas was informed that the Unit was advised that The Bahamas does not have any law that criminalizes money laundering or terrorism financing. This is not accurate.

o    The Justice and Consumers Unit notes failures to prosecute all types of money laundering, but does not consider the increase in money laundering prosecutions and convictions in The Bahamas.

o    The Bahamas does not believe the process used by the Justice and Consumers Unit included a sufficiently in-depth review necessary to conduct an assessment relative to the consequences of such a list.

o    The Bahamas does not believe it was given sufficient notice of inclusion, which would allow for constructive dialogue with this Unit in the EU, allowing The Bahamas to challenge or address issues raised.

o    The Bahamas also questions the Unit’s approach in simply announcing an intention to list The Bahamas. This appears contrary to the EU’s own written methodology set forth in a “working paper.” This EU methodology sets out a specific process whereby the actual risk, if any, posed by each individual country is intended to be assessed on a sliding scale from “low’ to “moderate” to “severe.” Listing The Bahamas together with wholly non-compliant war-torn States is disproportionate and inflicts harm and punishment on The Bahamas without consideration for reforms and improvements in the AML/CFT framework.

The Justice and Consumers Unit’s draft AML list has already been criticized by Member EU States and the United States Department of The Treasury. In a statement the US Treasury noted that it “has significant concerns about the substance of the list and the flawed process by which it was developed.”

The Treasury stated that “the European Commission’s process for developing its list contrast starkly with the FATF’s thorough methodology.” The Treasury Department also stated that it “does not expect US financial institutions to take the EU list into account in their policies and procedure.”

The Bahamas poses no threat to the EU financial system and regrets this action by the EU, especially in light of it being based on out-of-date information. The Bahamas stands ready to meet its international obligations and has shown a willingness and ability to work constructively in this regard.”