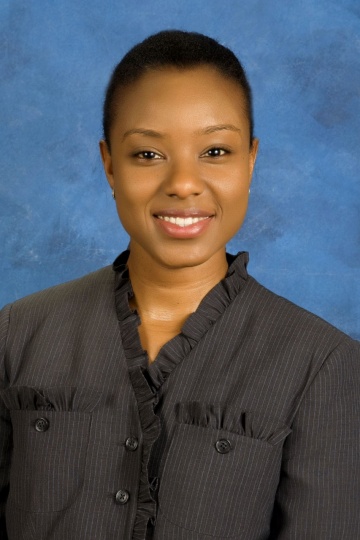 FREEPORT, Grand Bahama — As the country moves towards becoming more technologically proficient, Kristie Powell, a young and talented Bahamian employed at Tech giant Google in Silicon Valley, is giving back to The Bahamas by passing her knowledge, passion and experience to other young Bahamians.

When the Government’s hosted its first Grand Bahama Tech Summit in 2017, Bahamians working abroad in the technology industry were invited to attend. Powell who was one of the guest speakers, will be returning for the second Tech Summit to be held November 14 – 16, 2018.

Following the first Tech Summit, Powell helped place the island nation on the “Technology in Schools” map with the launch of “Hour of Code” in schools in Nassau and Grand Bahama.

The program, “Hour of Code” is a global movement reaching tens of millions of students in over 180 countries, where one hour tutorials are available in over 45 languages and is geared towards students from ages four upward.

“It was important for me to strike while the iron was hot and while I have the ear of Minister Thompson and the Office of the Prime Minister here in Grand Bahama to implement this program,” said Powell, during one of her trips back to Grand Bahama, following the Tech Summit.

“There are other similar tech initiatives that are coming up, which I think The Bahamas would do well to take advantage of. Building a technology hub really starts with us investing in the future of The Bahamas and that starts with education.”

The ‘Hour of Code’ initiative introduced the students to the world of coding and set the foundation for what is expected to become a future career for many of Grand Bahama’s youngsters.

Subsequently, education will be the main focus of the Second Annual Grand Bahama Technology Summit.

Minister Thompson said he is looking forward to showcasing the educational programs and highlighting the efforts and achievements of the Government and the Grand Bahama Technology Hub Steering Committee, which were launched following last year’s Summit.

“In particular, we will highlight the Ministry of Education’s ICT plans for our schools. The Ministry recently signed a deal for technology upgrades and to provide tablets for teachers and students,” said Minister Thompson, while talking about plans for this year’s Summit.

“We will also highlight Bahamas Technical and Vocational (BTVI) courses and certificates, which are now being offered to Bahamians free of charge. And we will see the first ICT trained high school students, who completed the first phase of their summer certification course, along with our new program with the YMCA, to provide coding certification to 100 young Grand Bahamians.”

Along with Powell and other Tech savvy Bahamians, training at this year’s Grand Bahama Tech Summit, will also be carried out by global Tech giant CISCO systems. Participants at this year’s Tech Summit will have the benefit of CISCO Networks Academy Training Modules, which will provide training in the area of Networks and Programming.

Carlos Rodriquez of Cisco Systems said that it is in their best interest to sign a Memorandum of Understanding (MOU) with the Government of The Bahamas around a program that is well known around the world.

“Cisco at Work Academy is an initiative that we have internally at the company, to train professionals in different areas of technology, particularly in technology that is connected to specific work,” Rodriquez explained during a press conference to discuss this year’s Tech Summit.

In the case of the Bahamas specifically, the Cisco executive pointed out that there is only one Academy in the country, which is BTVI. However, he noted that BTVI is a pioneer in adopting the program within the island.

With some 415 participants in the different disciplines of the Cisco at Work Academy Program, Cisco Systems, in conjunction with BTVI is expected to bring a whole new level of technology training to Grand Bahama first and then eventually throughout the entire Bahamas.

“This MOU that we want to sign as part of the agenda of the Summit, will allow us to take this program on the island to the next level,” added Rodriquez. “The intention in the next coming year is to take that program to 100 institutions throughout the islands, with aspirations of having some 10,000 students complete the program. So, we want to go from one institution to one hundred and from 400 students to 10,000 students.

“We are convinced that education is the catalyst for transformation. We believe that in this world of hyper-connected economies, it is very important to grow a country’s technology.”