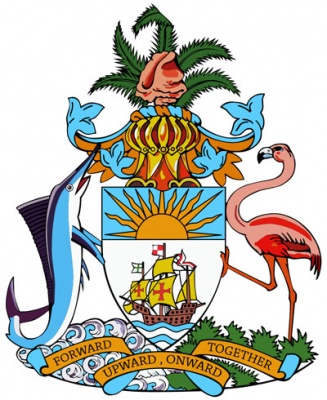 As an update to the tragic, June 30th, ‘Four C’s Adventures’ boating incident in Exuma, where one woman was killed, another lost both of her legs and nine other people were injured, the Ministry of Transport and Local Government, on July 18th, 2018, released the following statement:

“The Ministry of Transport and Local Government wishes to provide an update on the Four Cs Adventures boating incident that occurred in the vicinity of Barraterre, Exuma on 30th June, 2018.

The public will recall that the Ministry reported at its press conference of 2nd July, 2018 that the company involved in the incident was issued a Cease and Desist Order by the Acting Port Controller, which provided for Four Cs to effectively discontinue any further operations, pending the outcome of the investigation into the matter.

The public is now informed that on Sunday, 15th July, 2018, it was reported to the Port Department that an unmarked vessel (unregistered and un-licenced), and staffed by Four Cs personnel was engaged in charter tours from Hurricane Hole, New Providence, in defiance of the order which suspended their operation on 2nd July, 2018.  Thereafter, a final warning letter containing advice on the Port Department’s intention to take prosecutorial action against the owner and operators of Four Cs Adventures was taken to the company’s staging area at Hurricane Hole, New Providence without success, as the principals were not at that location.  Subsequent enforcement action continued in Georgetown, Exuma, by the Port Department.

Currently, officers from the Port Department, the Royal Bahamas Police Force, and the Royal Bahamas Defence Force are engaged in action in Exuma to detain the vessel which engaged in commercial activity in violation of the Cease and Desist Order, after which action will be taken in the Courts for the defiance of that Order.

Additionally, the public is also informed that the Bahamas Maritime Authority was requested by the Ministry of Transport & Local Government to conduct an independent Casualty Investigation into the Exuma incident, and the head of the BMA’s Casualty Investigation Department in London travelled to The Bahamas shortly thereafter to conduct its investigation. That investigator has now returned to the BMA’s head office in London, and is in the process of completing his report into the matter. That report will be provided to the Government of The Bahamas, in accordance with procedures observed by the BMA for the handling of casualty investigations.

The Ministry of Transport and Local Government wishes to assure the public that this matter is being handled in accordance with required procedures, and having regard to the great seriousness with which the Government regards it, with due respect for the loss of life and traumatic injuries that occurred.“