Residents of Eleuthera are being strongly advised, by the National Emergency Management Agency and Family Island officials, to stay away from the Glass Window Bridge due to large and dangerous swells impacting that area.

On Sunday, March 4th, 2018, Ivan Ferguson, Family Island Administrator for North Eleuthera said, the Glass Window Bridge which connects the northern and central/southern points of Eleuthera by a paved road, was officially closed at 3pm due to the raging sea surge, as high as 40ft.

“The bridge will remain closed until further notice. Residents and curious onlookers – are asked to avoid the area all together due to deteriorating conditions,” Mr. Ferguson advised.

Reportedly, a resident of the nearby Spanish Wells community suffered a broken wrist in an attempt to cross. He was taken to the clinic for treatment, Mr. Ferguson said.

On Sunday afternoon, around 5pm, strong currents of water could be seen south of the bridge flowing onto Queen’s highway, just south of Daddy Joe’s Restaurant. 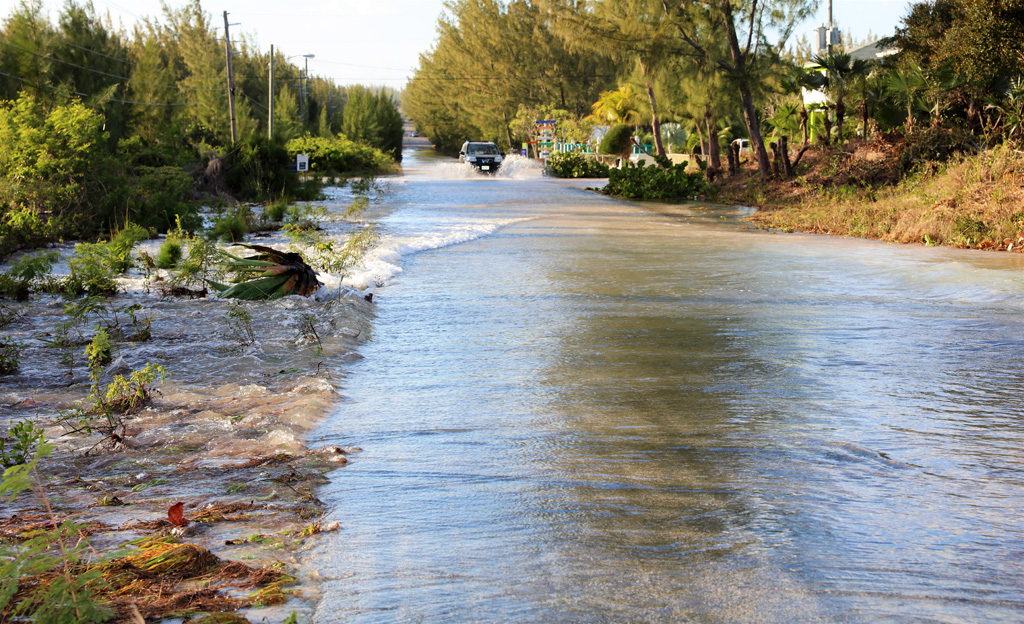 A number of North Eleuthera residents who had traveled south across the bridge on Sunday morning were gathered in the area, after the official closure, stuck, with no option of returning home by roadway.  Visitors stopped in the area, also expressed concern about getting to the North Eleuthera airport on Monday in time for their return flights.

The Bahamas Department of Meteorology had issued a Special Weather Statement on March 1, 2018 advising that a low pressure is expected to deepen off the East coast of the United States, and move northeastwards.

“Motorists on the island of Eleuthera should cease using the Glass Window Bridge once these swells arrive. These large swells are expected to reach their peak amplitudes between Sunday, March 4 and Monday, March 5, 2018,” the Met Department had advised.