For the North Atlantic…Caribbean Sea and the Gulf of Mexico:

Special Tropical Weather Outlook issued to discuss the potential for tropical or subtropical development near the northwest Bahamas.

Satellite data and surface observations indicate that the trough of low pressure located over the Straits of Florida has generally changed little today.

Later in the weekend and early next week, the system is expected to move generally northeastward over the western Atlantic.

Regardless of development, the disturbance will continue to bring heavy rainfall and wind gusts to tropical-storm-force across portions of the Florida Keys, southeast Florida and the Bahamas through Saturday.  In addition, hazardous marine conditions are expected along the Florida east coast and in the Bahamas where Gale Warnings are in effect.  Dangerous surf conditions and rip currents are possible along portions of the southeast U.S. coast this weekend and early next week… 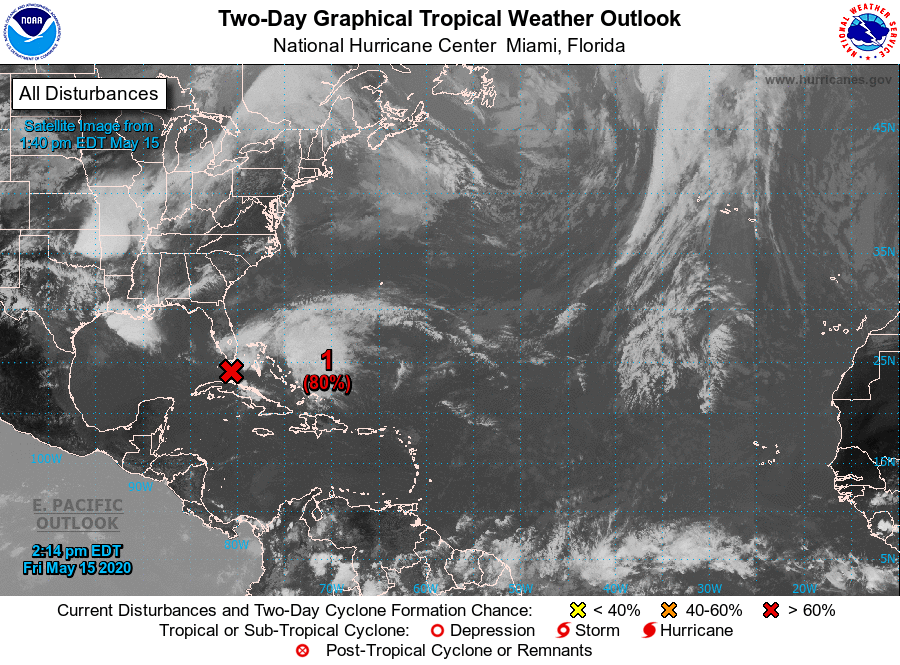 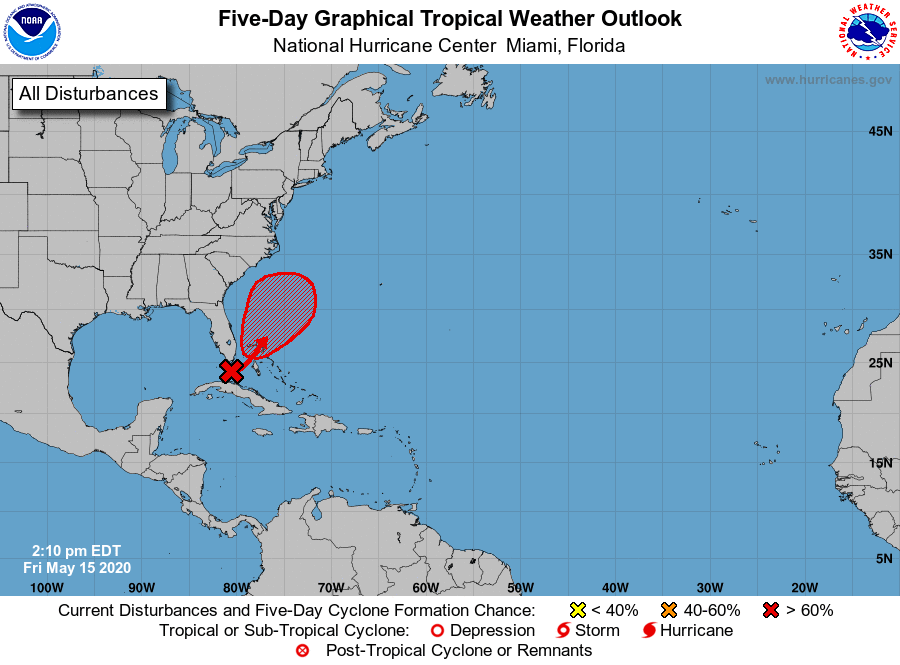