Centre for Training and Innovation (CTI) Expands to Harbour Island

(Eleuthera, Bahamas) — The evening of Monday, July 22nd, 2019 saw the soft opening of Centre for Training and Innovation’s Harbour Island Trade School (CTI HITS), the first satellite campus of CTI. Located in Harbour Island next to the Rock House, the campus focuses primarily on the delivery of culinary and electrical trade skills, both of which are in demand on the island.  One of the main goals of the campus, as noted by the CEO Shaun Ingraham, is the delivery of world class culinary instruction which will help to cement Harbour Island’s position as a food Mecca in The Bahamas.

The opening of CTI HITS is a great milestone for the One Eleuthera Foundation (OEF) as it underscores OEF’s and CTI’s commitment to offer training and services to all Eleutherans and provides a physical presence in the north. This campus is the culmination of two years of discussions between OEF, members of the Friends of Sir George W. K. Roberts Library, and other winter residents who came together to form Friends of Harbour Island Trade School (FHITS), OEF’s partner in this venture.  Back in July 2017, some of the members of the then recently formed FHITS visited CTI’s campus in Rock Sound to better understand the model and the classes offered at CTI.   It was felt that the model had the potential to revolutionize trade education in Eleuthera and that Harbour Island would benefit from its implementation there.

FHITS is the fundraising partner for the school and over the course of the last 10 months, led by its president Catherine Millard, the Board of FHITS and OEF worked steadily to finalize the details for the school.  The project also benefited from the input of a number of key stakeholders within the Harbour Island community, inclusive of second homeowners, local donors, local businesses, local government, volunteers, OEF and CTI staff, and members of the Harbour Island community.  Notwithstanding the generous contributions from all persons involved in the project, special mention must be made of the Donner Foundation who, through Curt and Anita Winsor-Edwards, gave the initial grant to the project.  This grant was matched by OEF and together they provided the seed capital necessary for the work to begin.  Other key contributors include Rick and Lisa Anderson who designed and funded the kitchen installation, Runaway Hill (Mark Messier and Jennifer Messier), Joan Barrett, and Chris Mahoney. Special mention must also be made of the very generous donors who continue to support the program.

OEF CEO Shaun Ingraham was brimming with joy as he spoke to those gathered for the opening ceremony. “This is just the beginning,” he said. “I want to challenge Harbour Island to see this as a place where people come and train.” Ingraham pointed out that the Culinary training would help to solidify Harbour Island’s food as part of its “amazing tourism product.” He thanked FHITS, the partners, donors, and Harbour Island community for allowing OEF and CTI the opportunity to expand to the area and for the support of the so many businesses and individuals that helped to make this vision a reality.

Among the distinguished speakers for the evening was Member of Parliament for North Eleuthera Rickey Mackey. “This school and what it represents means that what we now have, we will be able to perfect. [Harbour Island] is known all over the world for the food we provide here so it’s only fitting that this trade school will pick up the mantle and take it to the next level.” He highlighted the impact of the recent tourism and construction booms the islands are experiencing. “With this growth and development comes responsibilities of persons in the construction field to be able to supply the trade and the skills for these current developments. … This program brings education to where the people are.”

Deputy Chief Councilor for Harbour Island J.J. Percentie was dynamic and impassioned in his remarks. “Something good is happening and we are truly blessed. To be able to be in this room with other Bahamians who are also so dynamic and are setting an example is truly a blessing,” he began. “When you empower our young people and they start to build that confidence, it starts from a room like this. … Understand what you are doing. You are creating another future that I get to retire in,” he remarked brightly, “because everybody is going to be independent, strong, forward thinkers, they are going to never feel like they are in a box. On behalf of my council, thank you for helping us with our job of helping Harbour Islanders help themselves.”

CTI HITS classes began the week of July 29th, 2019 and are scheduled to end in October.

To learn more about CTI and its programs, call 334-4711 or email cti@oneeleuthera.org. 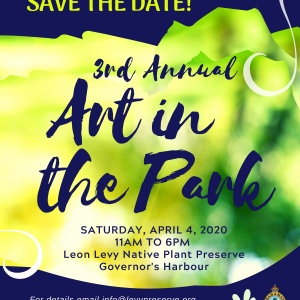 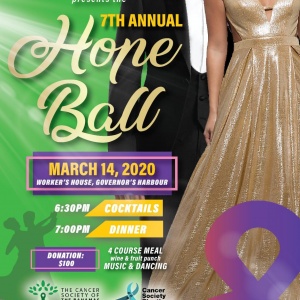 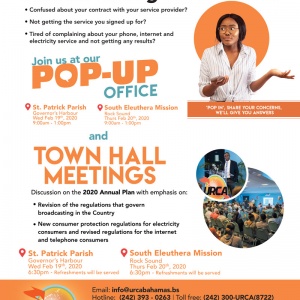