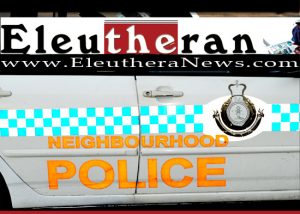 A young man, who was shot and killed in James’ Cistern on Saturday evening, August 24th, 2019 (see original article below for details), has been identified by community members as Dwayne Rolle Jr. and said to have been in his late twenties.

“It has left the community in a state of shock,” said one community member, about the deadly shooting, adding, “Since the incident, people are afraid to come out at nights.  James’ Cistern has always been a quiet community and for this type of crime to have taken place is very surprising.”

Hibiscus Street, James’ Cistern was the scene of the incident, revealed police reports, which described a man who was sitting on the front wall of his residence, conversing with friends, when they were approached by a masked man brandishing a firearm, shortly after 9pm.

The masked man was said to have discharged several shots in the direction of the people sitting on the wall, before running away.  One of the men was reported to have been struck multiple times about the body.  The gunshot victim was reported by police to have succumbed to his injuries on the scene.

Police say that investigations are ongoing, with officers from the Central Detective Unit (CDU) in New Providence currently on island, assisting.

Authorities are appealing to members of the public who may have any information that can assist with the investigation to contact the CDU at 1-242-502-9991/2, Crime Stoppers at 1-242-328-TIPS (8477) or their local police station.