More than a week on, search continues for missing man in South Eleuthera

On Sunday, July 28th, 2019, Mr. Calvin Johnson a resident of Wemyss Bight, South Eleuthera, was reported missing by family members from Lower Bogue, North Eleuthera, who had last heard from him on the morning of Friday, July 26th, 2019, and had not heard from him since that time.  They believed him to be missing, and requested Police assistance, according to reports.

More than a week later, with no leads reported by Police, family and community members formed a search party.  On Sunday, August 4th, 2019, family members of the missing Mr. Calvin Johnson, reported to Police, that sometime around 9:30am, while searching the area near the abandoned airport at Cape Eleuthera, they discovered a burned out vehicle in bushes.

Officers were reported to have visited the scene, where they confirmed that the vehicle appeared to be the one in which the missing Mr. Johnson was said to have been last seen.

Police say that investigations are ongoing. 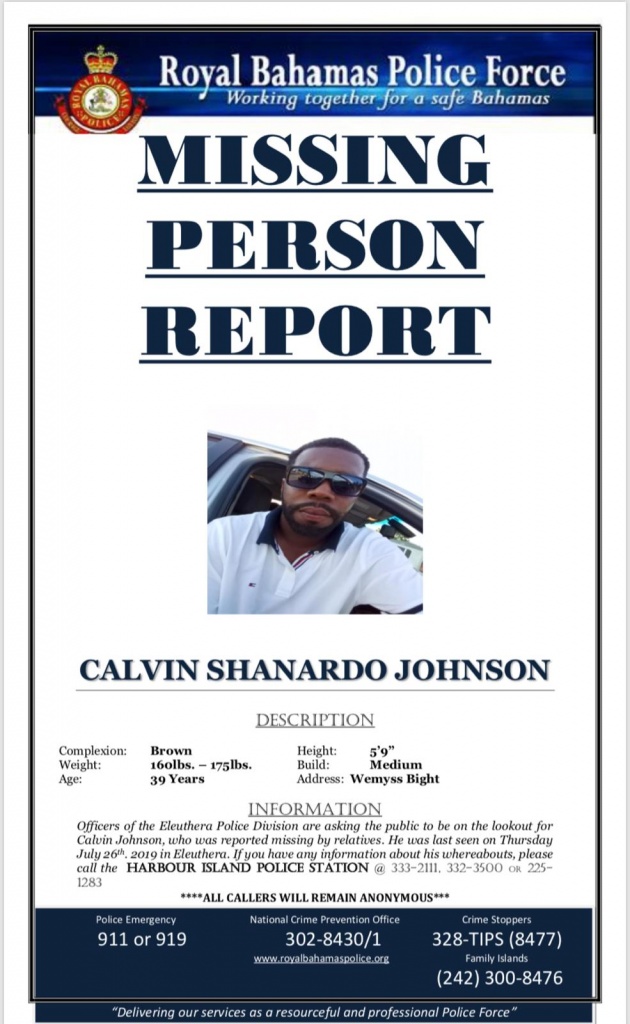