(Spanish Wells, Eleuthera, Bahamas) – On 14th June, 2013, the Spanish Wells Fishermen’s Festival Committee presented the winners of the t-shirt design competition with their prizes. The winning logo was submitted by Allie Pinder, a 6th grade student of The Spanish Wells All-Age School.

Allie’s design, “Dis Crawfish on Fire,” will be featured on the t-shirts for the 3rd Annual Fishermen’s Festival.

Second Place, a crawfish logo, was awarded to Anna Pinder.  Allie and Anna were each awarded with a t-shirt and a monetary prize by Lydia Burrows, Committee Vice-Chairman.

This year’s Fish Fest is scheduled for Friday, 19th and Saturday, 20th July, 2013, at the Public Park, located at the Western end of Spanish Wells.

Details about the Spanish Wells Fishermen’s Festival can be found on the website http://www.fishermensfest.com/. 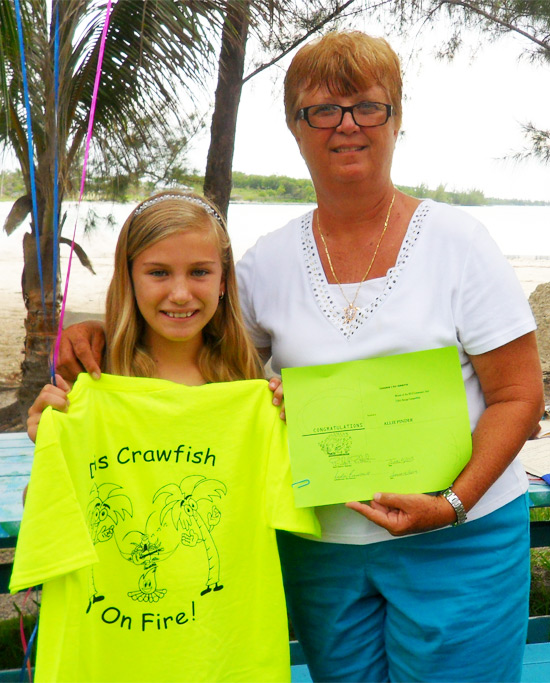 Allie Pinder poses with her winning design on a T-Shirt. 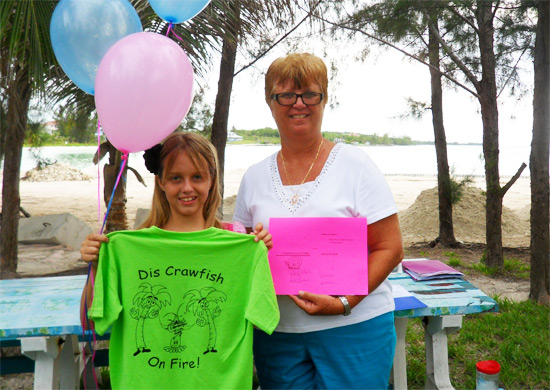 Second Place Anna Pinder showing the T-shirt she won as part of the prize for her second place finish.