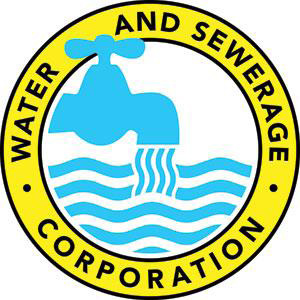 The Water and Sewerage Corporation published a release aimed at its customers in Central Eleuthera on Sunday, July 10th, 2022, informing of a mechanical failure experienced on Sunday morning at the Naval Base Desalination Plant in Governor’s Harbour, which was expected to impact the water supply for at least 72 hours beginning on Sunday evening.

The statement began: “The Corporation advises our valued customers in Central Eleuthera that we experienced a major mechanical failure at our Naval Base Desalination Plant earlier this morning, Sunday July 10th, 2022. Unfortunately, this failure has resulted in the loss of water production from one of the two desalination trains at the plant.”

Explaining the current storage situation at the Plant, and how production failures impacted supply available for delivery, it continued, “Presently, customers are being supplied utilizing the available storage and the water production from the remaining operational train. However, once the water storage is fully depleted, which we expect by this evening, residents in Central Eleuthera, particularly those at higher elevations and those at the ends of the system will experience no water supply and other residents will experience low water pressure as the remaining operational train water production is only approximately 55% of the system demand.”

Working along with the Plant’s contractor, the Corporation disclosed that Monday evening, July 11th, 2022 was the earliest they could expect the failed train to be restored and returned to service.

Commenting on their recent mandate to action critical water supply investments and to move ahead urgently without delay for Eleuthera, they further detailed, “The Corporation recently executed a contract for a new 1,000,000 imperial gallon storage tank at our Naval Base Pumping Station and another 1,000,000 imperial gallon storage tank at our Bogue Pumping Station at a total contract value of $2,756,000.

“The Corporation has paid the initial deposits for both tanks and we are pressing the Tank Contractor to move as quickly as possible, but these works will take several months to complete and commission. These tanks will increase the available water in storage that can be utilized to supply customers while major mechanical issues are addressed, thereby reducing the frequency of water supply interruptions.”

With additional tanks addressing only the storage capacity woes in Eleuthera, WSC also pointed out their efforts to have production site management and incidence preparedness improved at desalination plants on island, saying, “Separately, the Corporation is also working closely with our Desalination Contractor who has plants at Waterford, Tarpum Bay, Naval Base and Bogue, Eleuthera to identify all major mechanical failure risk components and to ensure that critical spares are readily available on island and adequate redundancies are in place.

“The Corporation’s Board and Management met with the Desalination Contractor as late as 28th June, 2022 to express the frustrations of our customers and all stakeholders with these failures and to agree to a strategic plan for rigorous investments and major operational improvements at these plants.”