A small, frustrated and determined group of concerned parents and students staged a protest at the gates of the Wemyss Bight Primary School in South Eleuthera on Wednesday morning, March 17th, 2021, to shed light on the plight of several classes, which despite the resumption of school, do not have teachers.

As the protestors shared, the grades 2, 5 and K3 at the school, since October 2020, had been without teachers, and parents were not being satisfactorily informed, as to when or even if, the situation would be addressed before the end of the current school year.

By the end of the morning on Wednesday, the situation had been resolved to some degree, after District Superintendent of Education, Mr. Michael Culmer, visited the school and met with concerned parents.  He discussed both short term and long term resolutions, which were accepted for the time being, allowing the protest to come to an end.

Police and Covid Ambassadors were also on scene during the morning, monitoring participants for adherence to health and safety protocols. 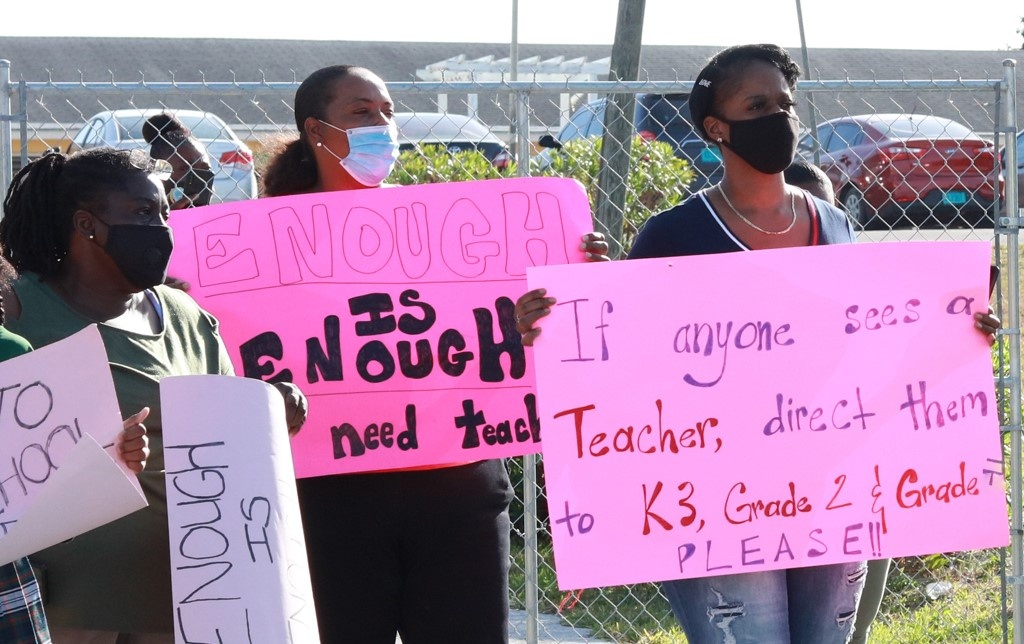