Eleuthera Painted Orange by Zonta’s ‘Say No To Violence’ Campaign

Zonta Bahamas, a Bahamian women’s advocacy group, expanded their message this year, during the United Nations’ ’16 Days of Activism against Gender-Based Violence’ annual campaign, beginning on November 25th, marked each year as – the International Day for the Elimination of Violence against Women – with activities concluding on December 10th, which is International Human Rights Day.

The ’16 Days’ campaign is used as an organizing strategy by individuals and organizations around the world to call for the prevention and elimination of violence against women and girls, and this year, part of the theme was “Orange the World” – to highlight the need for a violence-free society.

Eleuthera was the first Family Island to take up the charge, with Eleuthera representative for Zonta Bahamas, Jewel Edwards, who partnered with multiple civic organizations across the island to bring awareness to the message of ‘Saying No To Violence Against Women’.

Marisa Mason-Smith, National Advocacy Chairperson with Zonta Bahamas, commenting on the purpose of Zonta Bahamas and their ongoing work, shared that the group is an international one, made up of professional women, who seek to advocate for women and girls through various initiatives – with regard to education, legal, religious, general advancement issues and others.  “Zonta Club is in just about every country in the world, and in the Bahamas, we have had the club here for almost 45 years.  We are excited about the work that we continue to do. Zonta is the only non-government organization that has a seat at the United Nations, which gives us a right to vote on women-related issues.”

She continued, “Their are some intrinsic cultural norms that we have accepted for so long, and many have been taught that you ‘do not talk about what happens in this house’, so there has been a lot of shame associated with violence issues. The ’16 Days of Activism’ seeks to declare that we are not accepting gender-based violence in any of its forms.  Women’s rights are human rights, and we have seen violence being perpetrated across all strata of our society – from the rich to the poor.  We have seen an increase in domestic violence this past year – most recently a mother and her daughter were killed [in New Providence], and a young woman [Keva Cash of Lower Bogue] in Eleuthera was also murdered.  There are so many cases that have taken place, and it engenders the spirit that we need to do something! Specifically, about educating and advancing the status of women, and saying no to domestic and sexual violence, and that it will not be tolerated.”

Mrs. Mason-Smith, detailing some of the initiatives being pushed by Zonta Bahamas in country described, “Zonta Club is now advocating for stiffer penalties through the gender-based legislation.  We are advancing education, awareness and training to the general public – from high schools to universities, to the churches, NGO’s and communities at large. Zonta Bahamas has also been leading the UN’s ’16 Days of Activism’ campaign in country for the past nine years, and it is not Nassau centric – it’s for the Bahamas,… and we are so pleased to have Jewel Edwards, who is a part of Zonta and who is in Eleuthera at this time, to extend this ministry to her Eleuthera community. We are grateful that Eleuthera is the first Family Island to join the ‘Orange’ campaign!”

Ms. Edwards took a foot forward approach to getting out the message of ‘Say No To Violence Against Woman’ in Eleuthera, forging solid partnerships with more than fifteen local civic groups, including the Kiwanis Club, Harbour Island Green School, One Eleuthera, National Neighbourhood Watch Council, Rotary, The Island School, Christian Council and more, during an initial virtual stakeholders meeting, hosted on Sunday, November 8th.   A follow up virtual meeting took place on Sunday, November 15th to confirm planned activities and initiatives across the island.

During the Youth Explosion, Dr. Theresa Moxey Adderley-Smith – President of Zonta Bahamas, expressed her thanks to Jewel Edwards and the entire team of volunteers in Eleuthera for their committment in hosting the event and others throughout the ’16 Days of Activism’ week. “Eleuthera is the blueprint for other islands,” she said, “I am excited about Eleuthera – you guys have really inspired us this year. You are the first island to have gone orange and we look forward to the entire Bahamas going orange.”

Jewel also paired up and collaborated with partner NGO’s on island to ‘Paint Eleuthera Orange’ – going into different communities throughout the island with bright orange bows posted in public spaces – to highlight the message of saying no to violence.  Although the campaign was limited in what activities could be done outdoors or in groups, Ms. Edward’s passion and energy was infectious, and partner groups mirrored that energy. In Harbour Island, a shipping mix up, saw forty five cases of oranges arrive on island, said Will Simmons with the Harbour Island Green School and the Harbour Island Food Bank.  So, creatively – a free oranges giveaway during the ’16 Days of Activism’ was used to drive the message of saying no to violence on Harbour Island – painting that island ‘Orange’.

Ms. Edwards shared that in partnership with One Eleuthera, going forward – even after the ’16 Days of Activism’, they would be taking the message to young people – to stop the violence, to speak up, and to speak out. 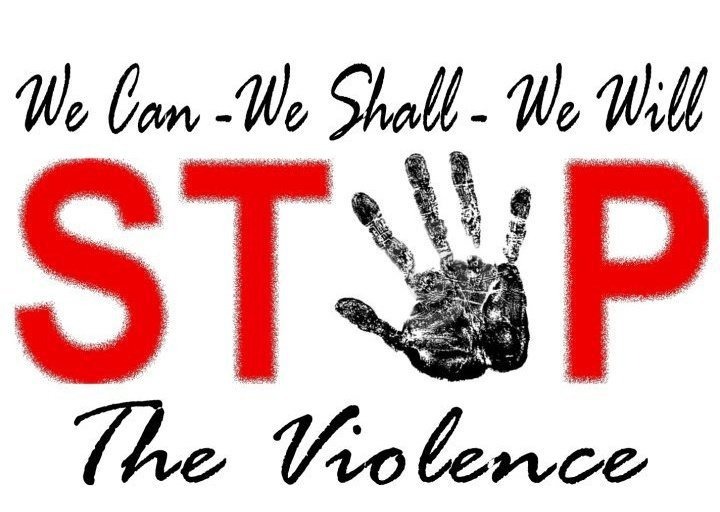