Coral Harbour Base, 10 APR. ‘19 (RBDF): A total of 40 migrants are being detained after they were apprehended in the southern Bahamas on Tuesday morning by members of the Royal Bahamas Defence Force. Acting on information received, HMBS Durward Knowles, under the command of Senior Lieutenant Bertram Bowleg, apprehended a 35-ft Haitian sloop off the south coast of Little Inagua Island. A further search of the uninhabited Island and surrounding area led to the apprehension of 34 males and 6 females, who all appeared to be in good health.

The migrants were taken aboard the Defence Force craft and transported to Matthew Town, Great Inagua Island where they were turned over to Immigration Officials for further processing.

With this latest apprehension, over 300 Haitians have been apprehended this year by the RBDF for illegal entry during 4 separate incidents. 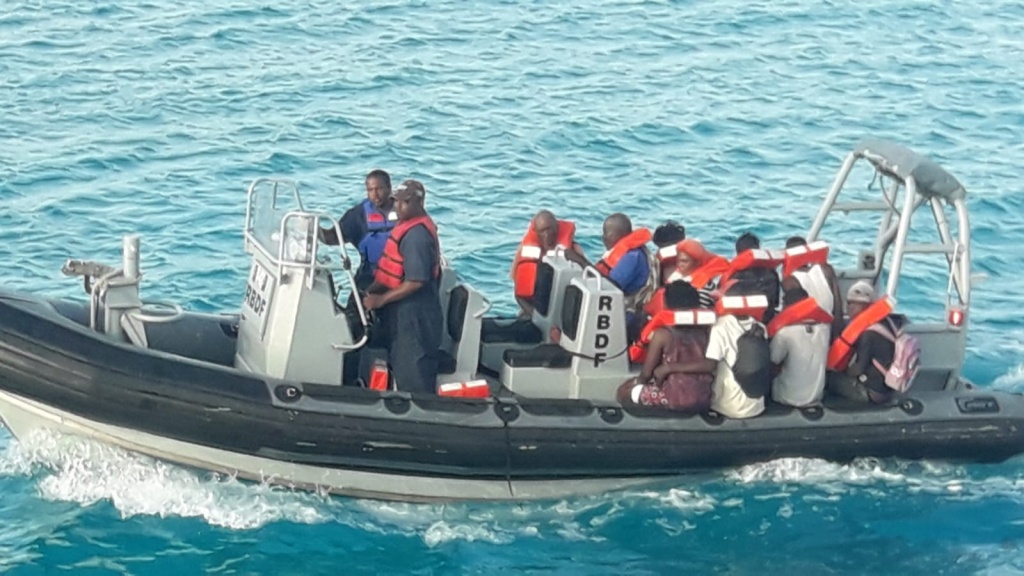 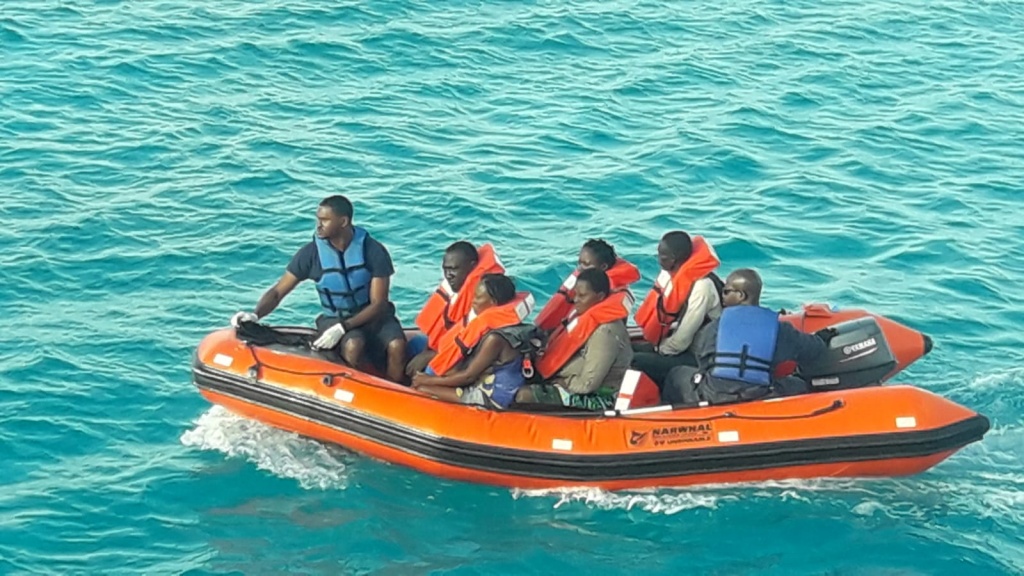 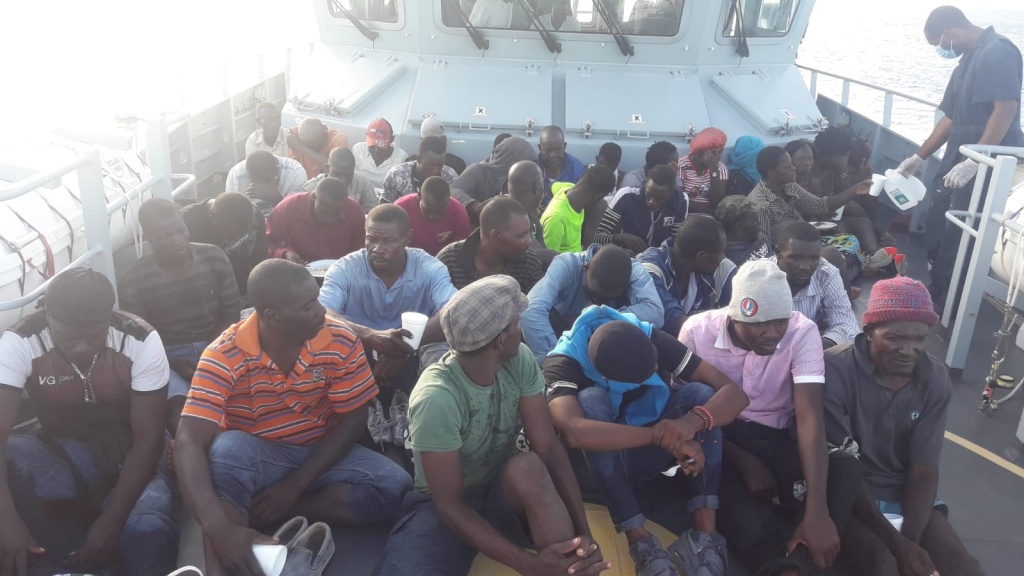 (RBDF Photos show: Haitian migrants being transported aboard HMBS Durward Knowles after
they were apprehended in the southern Bahamas on April 9, 2018)