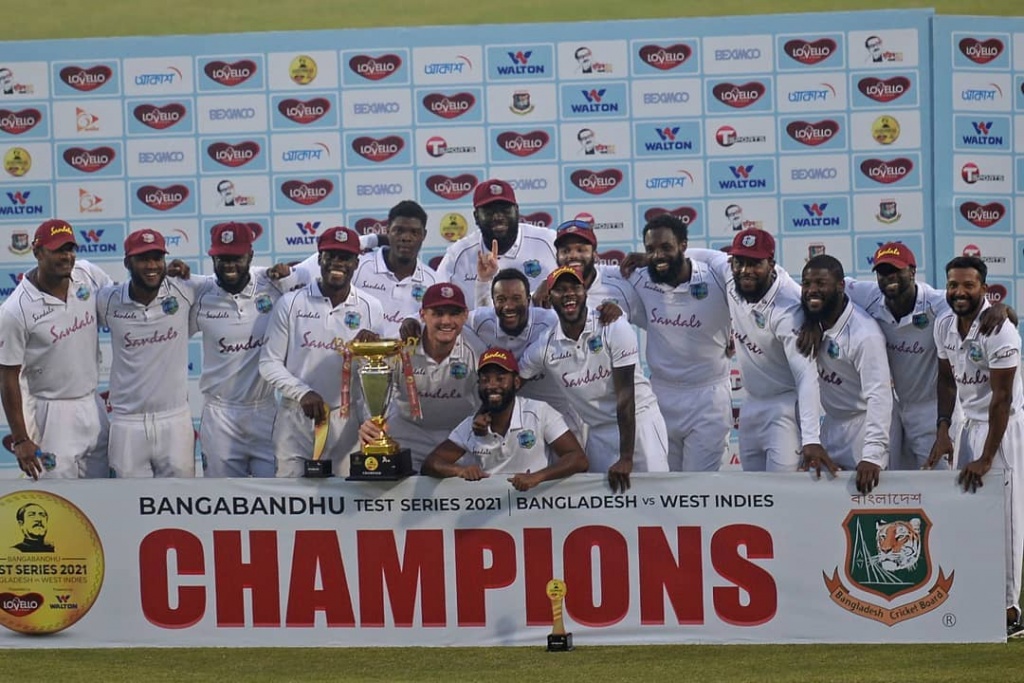 Chairman of the Caribbean Community (CARICOM), Dr the Honourable Keith Rowley, Prime Minister of Trinidad and Tobago, has extended congratulations to the West Indies cricket team on their February 2021 test series victory against Bangladesh.

Prime Minister Rowley praised the discipline, determination and grit of the Caribbean players, under the captaincy of Kraigg Brathwaite, to secure two consecutive wins against the home side.

He commended coach Phil Simmons and the entire team for their cohesive approach, skill and passion and especially Nkrumah Bonner who clinched the Man of the Series title for his important, consistent performance with the bat. The Prime Minister also lauded Kyle Mayers for his inspiring debut knock of 210 not out in the First Test to earn the Man of the Match accolade and Rahkeem Cornwall for the nine wicket-haul which adjudged him the Man of the Match in Sunday’s encounter.

Prime Minister Rowley stated that the achievement had brought great pride to CARICOM and to West Indians everywhere. He urged the players, coach and regional cricket administrators to build upon the success to take the West Indies to new heights.