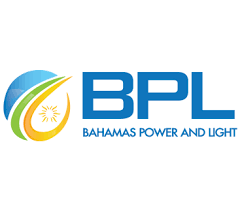 In a statement released on Tuesday, June 2nd, 2020, Bahamas Power and Light Company Ltd. (BPL) announced that multiple bids for renewable and sustainable power generation and storage plants on a number of Family Islands had entered phase two of evaluations.  The statement read as follows:

“Bahamas Power and Light Company Ltd. (BPL) is excited to report that six potential Independent Power Providers (IPPs) entered the second phase of evaluations of their bids for contracts to develop, finance, build, own and operate a solar photovoltaic (solar PV) and energy storage plant or a hybrid power plant on North & Central Andros, North Eleuthera, South Eleuthera and Inagua.

Phase Two of this process involves deeper dives into the technical and financial elements of the proposals, requests for clarification from the bidders and bidder interviews. This process, particularly regarding bidder interviews, has had to be modified as the COVID 19 pandemic made it impossible for the initially planned approach of interviews and sites visits to projects operated by the shortlisted companies.

As such, we anticipate holding virtual bidder presentations during the week of June 15, 2020.

Once that happens, there will be a period to allow the bidders to provide additional information, then some time for evaluation of the bids, and in the third week of July, we expect to submit a report citing the approved bids (or, recommending proposed bidder). Contract negotiations from then would take place beginning the third week in August, and should all things remain equal, our timeline now calls for awarding of contracts as early as the end of September 2020.

We’ve asked the IPPs to provide Power Purchase Agreement (PPA) offers for terms of 25 years. PPA proposals could take three different forms: daytime energy production with no storage, baseload 24-hour production with storage or a hybrid of the two that allowed for higher daytime production with baseload production outside of daylight hours. Pursuant to signing the PPA, the project company will develop, finance, build, own and operate the new generation facility and will sell power to BPL, as its sole and only customer, on an Energy Only (kWh) basis.

BPL’s goal is to transition the Family Islands from BPL-owned diesel power plants to a more diverse mix of renewable and sustainable generation from IPPs. This Solar RFP is the first phase in that transition.