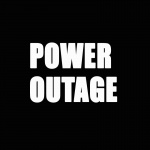 On the cusp of the largest holiday season during any year, when the population of the island swells with visitors celebrating Christmas and New Year’s Day – Harbour Island residents and businesses were plunged into darkness on Monday evening, December 23rd, 2019.

Backup generators could be heard all over the island, shared one resident, who on Christmas Day, Wednesday, December 25th, 2019, confirmed that their home was still without power.  Another small business owner, whose store and home did not have backup generators, expressed concern about their loss of business during Christmas Eve day – one of the busiest shopping days in the year, and expressed serious concern, that power would be restored soon, so they would not lose all of their frozen goods stored in freezers without power since Monday evening.

With power to some parts of the island still out, during the Boxing Day holiday, a representative of the electricity provider, BPL (Bahamas Power & Light), released the following statement on Thursday morning, December 26th, 2019.

“At present, it is believed that the rental generation at the Harbour Island station failed.  Replacement units are there and connected, but awaiting the arrival of a technician from the manufacturer to deal with some control issues.  This follows a failure of the cable connecting Harbour Island to the mainland (Eleuthera).  We are continuing to work to repair the problems and expect to have matters resolved before the end of the day.”

On Monday, December 30th, 2019, BPL released an updated statement on the electricity supply status in Harbour Island, and provided further details on the cause of the major outage during Christmas week.  See statement below:

There are two circuits connecting Harbour Island to mainland Eleuthera at the Three Island Dock crossing, either of which can maintain the supply to Harbour Island. Each circuit is made up of three individual cables. Our investigations have confirmed that four cables were damaged in the incident, effectively knocking out both circuits.

On three of the cables the damage has been repaired, allowing the return of one of the circuits to service.  The fourth cable was damaged in multiple locations and repairs are ongoing.

Both the cables and on-island generation are used to supply Harbour Island.  However, because the generators (rentals) had tripped offline due to mechanical defects – as we have reported – when the cables were damaged it created an unavoidable outage.

Additionally, because the incident was not immediately reported to BPL, it took some time for teams to locate the damage to the undersea cables and execute the repairs.  The damage to the cables, and the fact that the rental generators had failed due to mechanical defects, caused serious power supply issues on the island for a period of over 48 hours.

However, as reported, a new cable installed at the Whale Point/South Barr crossing as part of our planned reinforcement works for Harbour Island was used to restore power to portions of the island. Using this cable, we were able to restore partial power to the island, and by Thursday, December 26th, at about 5PM, we had all customers on the island back on.”