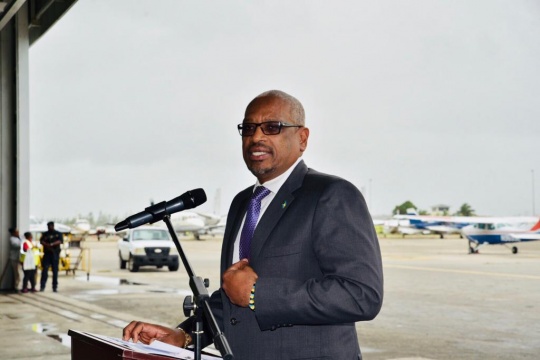 NASSAU, The Bahamas – Prime Minister, the Most Hon. Dr. Hubert Minnis said that the new Boeing 737-790NG acquired by Bahamasair will play an important role in the expansion of the national flag carrier’s international service.

Also present were Cabinet Ministers, and Bahamasair’s Board of Directors, Executive Management, Industry Partners and other invited guests.

Underscoring the importance of Bahamasair in linking the islands, the Prime Minister said, “The arrival of this aircraft is a sign of our nation’s sustained growth and economic expansion as we continue to see strong numbers from our tourism sector.”

Additionally, Bahamasair will continue to do as their vision statement suggests, which is “to connect the islands of The Bahamas to the world,” the Prime Minister said.

The $11 million investment of the new aircraft will bring Bahamasair’s fleet count to nine: four jets and five turbo props.

The Prime Minister also acknowledged that the vision behind Bahamasair was the creation of a national flag carrier that would connect the islands of the archipelago by providing safe and reliable air transportation that was also affordable.

“What was launched as a national aspiration evolved into an international enterprise,” he said.

Stating that Bahamasair is synonymous with safety and has become a global standard as such, the Prime Minister added: “We boast a fully functional international carrier which is flown, staffed, maintained and led by Bahamians. I can spend time boasting about our pilots, who I believe are some of the best in the world. Two of the airline’s pilots flew this acquisition home from Asia.” 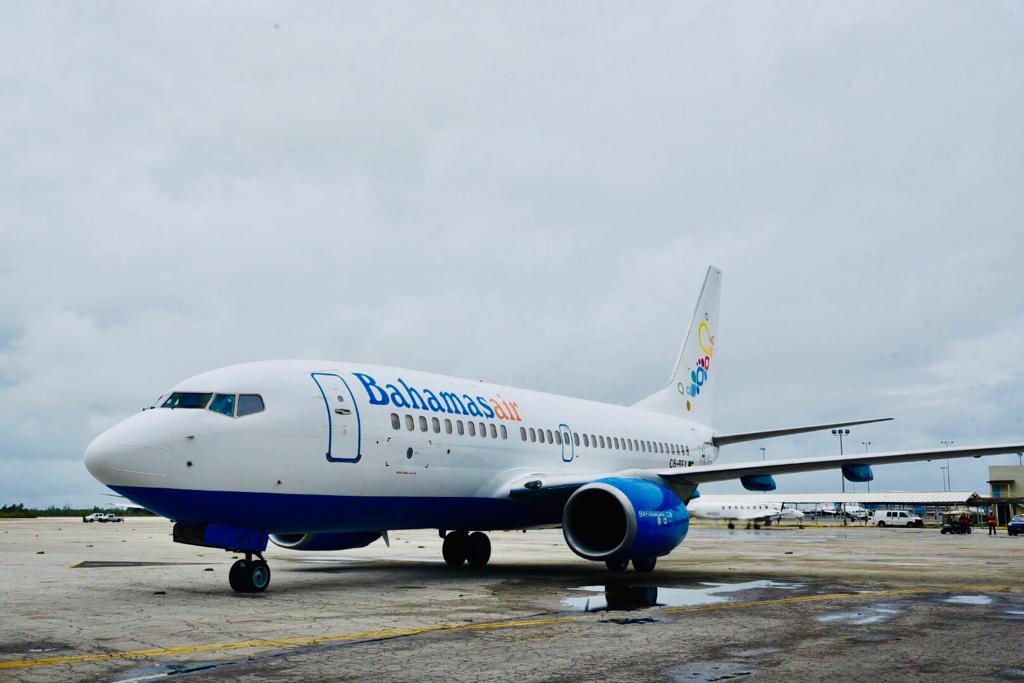 The new aircraft, which seats 138 passengers represents a significant shift as Bahamasair has now entered the long-range phase of route expansion and development, the Prime Minister said. In 2017, the airline launched its route into the Houston market, “which played a major role in my government’s strategy to identify new opportunities for international investments throughout The Bahamas, which will partner with Bahamians. By entering the Houston market, we can fly from that city and bring international passengers as far afield as China,” he added.

The new jet also has a flying range of over five hours, fully loaded. This places the entire United States, with the exception of Alaska and Hawaii, within non-stop service of Nassau.

“If we are to grow better, stronger and faster as a nation, we must develop the capacity to go farther in terms of air linkages. Toward this end, this new aircraft is another step in Bahamasair’s international expansion,” the Prime Minister said.

Furthermore, the NG Series of the 737 is designed to be a workhorse that keeps operating and maintenance costs low. They are widely used by airlines throughout the industry and they have also maintained a reputation for reliability. They also feature industry-leading avionics, and technology that will improve the airline’s operating efficiency and overall customer experience.

“This increased range opens new doors of opportunity to showcase our far-flung archipelago, through Bahamasair’s network within our Family of Islands, which offers linkages between Nassau and all points within The Bahamas,” the Prime Minister said.

He concluded that a renewed focus on customer engagement and service is part of the new thrust and defines the way forward for Bahamasair.

And, over time, “the airline will need to consider and imagine new management protocols, structures and linkages to better serve the demands of the country’s multiple island destination as well as the ever evolving tourism industry.”