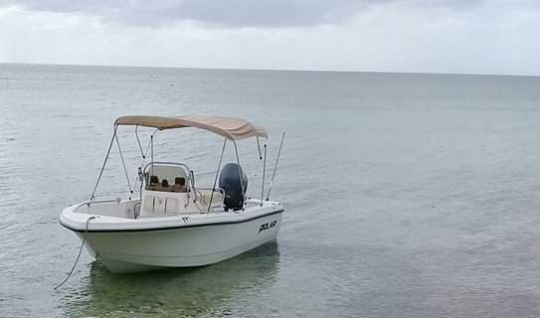 Update (Saturday, December 29th, 2018):
Owners of the boat released a statement that the Polar Craft vessel, which was reported missing from Rainbow Bay beach on Thursday evening, had been found in the area of the Current Cut in North Eleuthera in perfect condition.

Jeremy and Anna Lewis expressed sincere thanks to everyone who assisted them in being able to retrieve their boat – which was described as their work boat, and the source of their livelihood.

It was last seen anchored on Rainbow Bay beach.  The vessel is described as having a beige ‘bimini’ top with orange straps.

Prime Minister Hubert Minnis, during his presentation in the House of Assembly on Wednesday, October...

. SPECIAL WEATHER STATEMENT ISSUED BY THE BAHAMAS DEPARTMENT OF METEOROLOGY AT 10 AM EDT, FRIDAY 23RD...