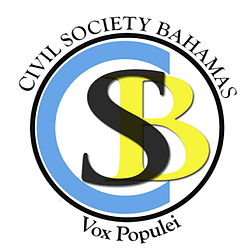 Civil Society’s key areas of concern of NPO 2018 Bill are:

1. The rapid development of this Bill seems to have been done with minimal, if no Consultation with the Not for Profit or Civil Society sector. The Prescriptive nature of the Bill could potentially decimate the Civil Society sector, as the vast majority of non-profits will not be able to comply with the strict registration, accounting and record keeping demands of the Bill. These non-complying non profits will be required to cease operations within 90 days of the enactment of the Bill, or face stiff penalties and jail time. The consequence could be a rapid diminution of the sector.

2. The Bill does not seem to reflect the scope and operations of the local not for profit sector. For example, the Bill directs the Registrar to consider evidence of a not for
profit’s “Know Your Client” compliance when considering registration. As the large majority of not for profits are small, volunteer based entities, they would be unable to
meet this rigorous criteria usually designated for banks and other financial institutions.

3. The Bill is also overly and unfairly punitive in relation to other sectors and individuals to whom public trust has also been delegated. Fines of $5,000 and $10,000 as well as potential incarceration for non compliance seem particularly harsh for a sector largely composed of organisations dedicated to serve the public good. The mandate of reporting of gifts of $30,000 could serve as disincentives for many donors who wish to give anonymously.

4. The Bill is not supported by a green paper or white paper as required under legislative procedure and therefore is based on inadequate research to determine its impact on the Civil Society sector, which meets significant societal needs, as the Bill focuses only on the financial implications of EU Anti Money Laundering legislation. A recent survey
suggests that 40% of CSOs have budgets of less than $25,000 per annum, 73% of CSOs have 5 staff or less, half of which have no staff. Many of these may have to close their doors as a result of enactment of this Bill.

5. The Bill does not address the International obligation of The Bahamas under the Revised Treaty of Chaguaramas regarding the independent voice of CSOs as an equal Partner for National Development with Government, as well as International acceptance evidenced by the United Nations concept of CSOs, that they are an indispensable pillar for democracy and sustainable development.

6. The proposed NPO 2018 Bill, goes against the spirit of the CSO 2015 Bill, which already provides for non-profit organisations. The CSO, 2015 Bill is proactive and responsive, in resolving current CSO challenges for capacity building, transparency/accountability and effective collaboration and Partnership. The NPO 2018 Bill results in a de facto penalisation of the valuable work and efforts of a majority of CSOs.

7. The Bill establishes a Minister and Registrar to oversee the regulation of this broad sector and gives very broad powers, and has no reference to the engagement and involvement of the sector. Many of these are based on “the opinion” of the Registrar.  Additionally, the recourse of seeking appeals via the Supreme Court are prohibitively
expensive for most NPOs to successfully utilise.

8. The elements of the Bill require significant capacity for implementation by the Registrar and changes it from being a repository of information to serving as being a regulator of the sector. It is currently taking 2 years to register non-profits, and the increased information required under this Bill for registration is anticipated to cause a significant backlog and does not augur well, evidencing an equal lack of The Government’s capacity for implementation.

9. The suggested schedule of 90 days for registration from enactment seems unrealistic and may prove difficult for the large majority of NPOs to comply.

Says Dr. Anthony Hamilton, Vice President of Civil Society Bahamas, “We are well aware of the importance and timeliness of such a bill to avoid a potential “blacklisting” of The Bahamas by the OECD, but we see components of this bill that may create adverse conditions for entities that play a critical role in our national development. We feel the Government’s obligations to International regulators can be met without overly penalizing or disincentivizing the operation and growth of this critical sector.”  Over the past four years, Civil Society Bahamas, has done extensive work drafting the Civil Society Organisations Bill, 2015 (CSO 2015 Bill), which provides a functional framework for the regulation, standards and accountability of the sector. This draft has been widely disseminated for consultation and reflects input of both Civil Society and Government.

Says Matt Aubry, Executive Director of The Organization for Responsible Governance, “We see great opportunity to work with the Government to expeditiously amalgamate the relevant clauses from this bill into the NPO 2018 BILL. At a recent meeting between the Attorney General and representatives from Civil Society Bahamas and The Organization for Responsible Governance, the Attorney General was receptive to feedback and agreed to review the NPO 2018 Bill and the CSO 2015 Bill and to consider drafting a new Bill which amalgamates the best provisions of both Bills. To this end, he asked Civil Society Bahamas to draft a document by 15 December to advise him of the sector’s concerns regarding the 2018 Bill and provide suggestions to improve the 2015 Bill.”

As such Civil Society Bahamas requests that the NPO 2018 Bill be amended by The Office of the Attorney General to reflect measures to both address the Government’s concerns related to transparency and accountability, and support the positive growth of the burgeoning local Civil Society sector.  CSB notes that the level of risk of not for profits being used as a vehicles for money laundering and tax evasion in The Bahamas has yet to be researched and established. OECD notes through its extensive studies that this level of risk and the measures of mitigation vary significantly between different jurisdictions.

As a follow up action, Civil Society Bahamas also recommends the formation of a joint task force to study this issue and develop a clear plan for appropriate regulation, public education and positive growth of the Civil Society Sector.  CSB is asking all interested individuals and organisations to input their concerns.

Says Mark Palmer, Secretary of CSB, “We urge you to read both Bills and provide us with your input soonest. We are particularly interested in practical suggestions and proposals and concerns articulated with a clear rationale so that we can advise the Attorney General in good time.”  The two Bills, a summary of the 2015 Bill and two live google documents to capture comments can be found at: https://www.civilsocietybahamas.org/cso-bill.