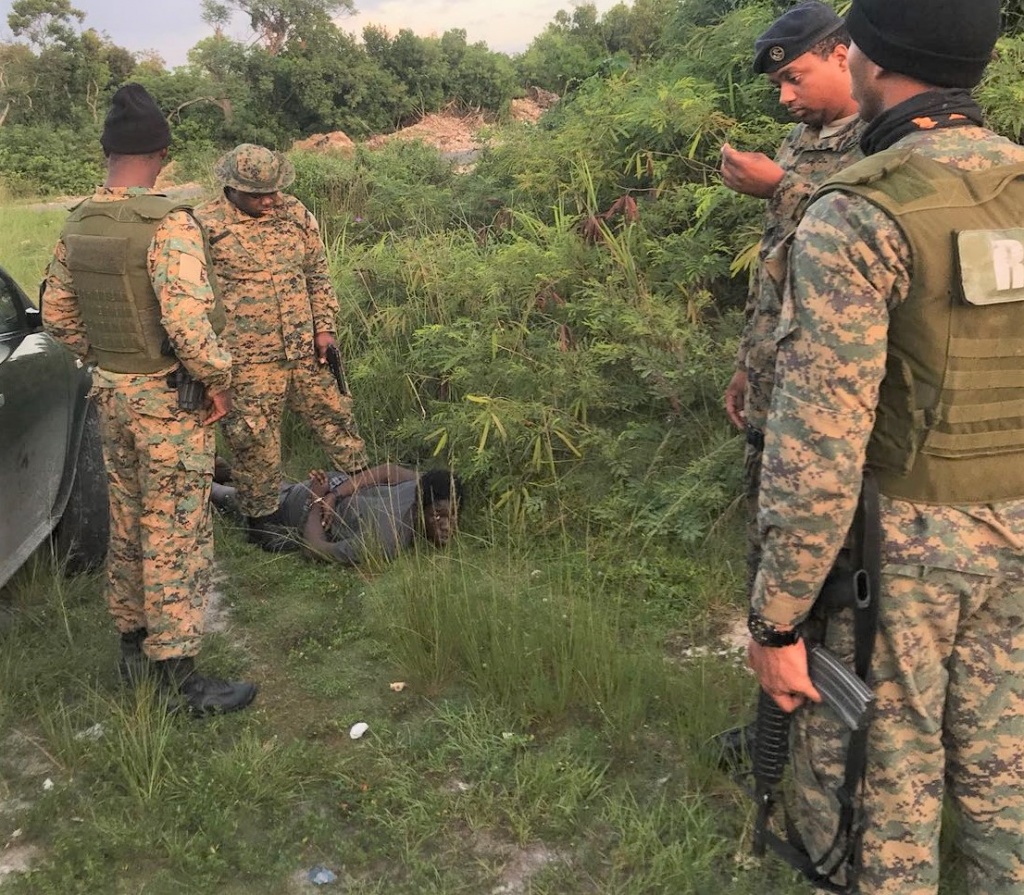 Coral Harbour Base, 05 JUN ‘18 (RBDF): A man believed to be responsible for a house and car break-ins was apprehended by Marines from the Royal Bahamas Defence Force on Tuesday Morning.
The Marines were conducting Coastal Surveillance Patrol in south New Providence when they observed a young man running away from another male. The Defence Force Marines quickly gave chase and apprehended the suspect, who had allegedly just broken into a house and a vehicle.

The suspect had a sharp edged tool and a container of money in his possession at the time of the apprehension. According to an eyewitness report, the suspect had broken into a vehicle and a home where he allegedly stole personal items.

The suspect was subsequently handed over to Police officials for further questioning when it was revealed that he was wanted by Police for other matters under investigation.