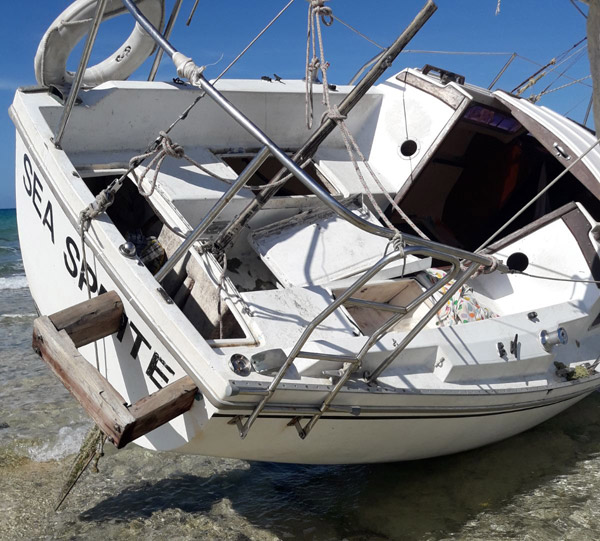 Coral Harbour Base, 11 APR. ‘18 (RBDF): A total of 10 Haitian migrants were apprehended during a joint effort with the United States Operations Turks and Caicos (OPBAT) the Royal Bahamas Defence Force, Police and Immigration after their vessel landed on Eleuthera this morning.

After Defence Force and OPBAT officials received information of a vessel with migrants in the area, a search for the vessel was immediately launched. The sailing yacht was found on a beach
in Bannerman town, South Eleuthera, early this morning, Wednesday April 11th, 2018.

The 10 migrants were discovered in the bushes and handed over to Immigration officials for further processing. A Royal Bahamas Defence Force patrol craft is patrolling and monitoring the
area.

This is the second group of migrants to be caught in Bahamian waters during the past week. On Friday 7th April, 50 migrants were apprehended after a US Coast Guard vessel and a Defence Force vessel were deployed to intercept their sloop. The sloop was eventually apprehended by USCG RELIANCE approximately 60 nautical miles west of Inagua. They were deported to Haiti immediately by the Coast Guard.